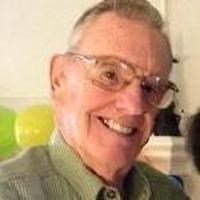 BORN
1938
DIED
2015
ABOUT
St. Thomas High School
FUNERAL HOME
Forest Park Lawndale Funeral Home
6900 Lawndale Street
Houston, TX
Lawrence McIvor Ross
1938-2015
Lawrence McIvor Ross, 76, died Sunday March 1, 2015
He was born to the late Laurie and Catherine Ross, September 9, 1938, in Chicago Illinois where he lived with his family until moving to Houston in 1955. He graduated from St. Thomas High School in 1956, received a BA from the University of St. Thomas (UST) in 1960 and received his Ph.D. and M.D. degrees from the University of Texas Medical Branch (UTMB) - Galveston in 1966 and 1968 respectively.
Larry was a faculty member in the Department of Anatomy at UTMB from 1968 to 1973. From 1973 to 2000, he was a member of the faculty in the Department of Anatomy at Michigan State University (MSU) in East Lansing, Michigan. He retired from MSU as Professor of Anatomy in August, 2000. He was Adjunct Professor in the Department of Neurobiology & Anatomy, University of Texas Medical School - Houston from 2000-2014. He was also a Visiting Professor at St. George's University on Grenada in the West Indies for nine years.
Larry was passionate about making a difference to the lives of his students. He was a Co-Author and Consulting Editor for several Anatomy textbooks and was a member of the American Association of Clinical Anatomists where he held several roles including President. He was also a Founding Member of the Carol and Odis Peavy School of Nursing at UST.
Larry was an active member of Sacred Heart of Jesus Catholic Church in Manvel and the Knights of Columbus.
Larry is survived by his beloved wife Irene; one son, Chip; four stepchildren, Jennifer, Jocelyn and husband Barry, Tricia, Trey and wife Alison; brother Bob and wife Sharon, and sister Lilla. He is also survived by four grandchildren and extended family.
The Visitation and Rosary will be held Thursday, March 5th at Sacred Heart of Jesus Catholic Church, 6502 County Road 48, Manvel, TX 77578, 7:00-9:00pm. Bring your memories to share.
The Funeral will be held Saturday, March 7th at St. Theresa's Catholic Church, 6622 Haskell St, Houston, TX77007 at 2:00pm with a reception following at the Knights of Columbus Hall, 607E Whitney St, Houston, TX 77022.
In lieu of flowers, the family is requesting that donations be made to the Lustgarten Foundation for Pancreatic Cancer Research, St. Thomas High School, University of St. Thomas or the Willed Body Programs at either MSU or the University of Texas Medical Schools.

Published by Houston Chronicle on Mar. 4, 2015.
To plant trees in memory, please visit the Sympathy Store.
MEMORIAL EVENTS
Mar
5
Visitation
7:00p.m. - 9:00p.m.
Sacred Heart of Jesus Catholic Church
6502 County Road 48, Manvel, TX
Mar
7
Funeral
2:00p.m.
St. Theresa's Catholic Church
6622 Haskell St, Houston, TX
Funeral services provided by:
Forest Park Lawndale Funeral Home
MAKE A DONATION
MEMORIES & CONDOLENCES
Sponsored by Forest Park Lawndale Funeral Home.
16 Entries
After medical school, Dr. Ross reached out to me and my family when he learned I would be at UTMB for my residency, and that one of his classmates would be one of my instructors. I will never forget the warmth and kindness from Dr. Ross and his lovely wife, Irene, who treated us like family during our time in Texas. He is not only incredibly gifted, but had one of the warmest hearts of any teacher I have known. My thoughts and prayers are with Irene and the Ross family during this difficult time. We will miss him.
Danielle DeLuca-Pytell
April 13, 2015
Dr. Ross, thanks for being a wonderful influence on my understanding of anatomy. You were an inspired teacher and fun to learn from. My sincerest condolences for your family! I was class of 1994 at CHM and remember your lessons like it was yesterday! Thanks again; I won't forget you.
Eric Coulter
April 8, 2015
My condolences to Dr. Ross's family. I was one of his students at MSU-CHM & he was one of most favorite professors. As a fellow Texan, he introduced me to MSU hockey & encouraged me through my med school studies, since I was so far from home & my family. Many doctors have Dr. Ross to thanks for starting their medical careers. May he rest in peace.
Marcella A. Frausto
April 7, 2015
I am saddened to hear of the passing of Dr. Larry Ross, my mentor and teacher. Dr. Ross was on my PhD committee at MSU in the late 1970s, along with Bob Echt, my advisor. I was very fortunate to have had two such wonderful mentors. Larry was instrumental to the career development of several Anatomy graduate students at that time helping us learn our trade and, at least for me, introducing us to colleagues at Anatomy meetings. His compassion and nurturing of students, both graduate and medical, was unmatched and remains an inspiration for me to this day. With my condolences to his family and great appreciation for his gifts. Richard Dey, PhD, Professor and Chair, Department of Neurobiology and Anatomy, West Virginia University.
April 7, 2015
My thoughts and prayers go out to Dr. Ross and his family. My experience as a med student at MSU was enriched through the remarkable wit he brought to our lessons. He will be missed by all the CHM and COM students who had the privilege to learn from him.
William Gray
March 10, 2015
My condolence to family. We rarely define champions in our short lives, but I define Dr. Ross as one. While no details are necessary, he gave me a chance, he believed in me. I succeeded because of it. I have the fondest memories. Rest in peace dear friend.
Kristine Harper
March 10, 2015
Although I knew Larry fairly well at UST, it was at the St. Thomas High School "Good Ol Boys"gatherings that I got to know Him. He had a contagious smile and genuine interest in you. Can't wait to see that expression again.
Larry Ewing
March 6, 2015
Let God sine his light on the doors of heaven RIP
carolyn fits
March 5, 2015

I love and miss you mr larry ross you always told me to smile i never got to say goodbye , so goodbye i know you will make it to heaven., i hope you also become a saint. I will always love and miss you xoxoxoxoxoxoxoxoxoxoxoxoxoxoxoxoxo, carolyn
carolyn alter server
March 5, 2015
I miss you mr larry its carolyn he always told me to smile i never got to say goodbye i will always love and miss you i thing about what yu always told me " remember to smile" love xoxoxoxoxoxoxoxoxooxoxooxxooxoxoxoxoxoxoxooxoxoxoxo o carolyn RIP
carolyn fits
March 5, 2015
Larry was one of my favorite patients. I sincerely enjoyed visiting with him regularly. He always had a great smile and was full of fun. I have great memories and I am fortunate to have been his friend. God bless him. We will miss him dearly. All my best to the family.
David Montz
March 5, 2015
Very sorry for your loss.I didn't remember Larry was a year behind me at STHS.We were also in the same [email protected] U.T.M.B. I recall seeing him @ a reunion a few years back.His nickname was "Toons".Good Guy! R.I.P.T.E.Allen M.D.
March 5, 2015
I am very sorry for your families loss. My prayers are with you and your loved ones during this difficult time.
Paula Samoriga
March 4, 2015
God bless Larry, We are going to miss Larry with his humor and friendship. John and Evelyn Kolar
Jonn Kolar
March 4, 2015
A great MAN.
Gary Baroski
March 3, 2015
Our thoughts and prayers are with you all at this time.
David Hern
March 3, 2015
Showing 1 - 16 of 16 results