BORN
1944
DIED
2019
Marshal Lightman
1944-2019
Marshal Ross Lightman, 74, died on Sunday, August 11, at his bay house in Rockport, TX. He was born on November 26, 1944, in Providence, RI, to Julius and Teresa Lightman. Marshal worked for Gilbane Building Company his entire career, serving as Vice President and Regional Controller until retiring in 2014.
Marshal was a powerful life force. He led two lives, one in the Houston art community, with a closet full of cool black clothes, and the other in the fishing community of Rockport, where his closet held a multitude of phosphorescent shirts. Marshal married Victoria in 1977 and remained her "designated extrovert" for more than 42 years. He loved to cook for groups large and small, Marshal's tortilla soup was the best, but don't ask for the recipe because he never used one.
His many accomplishments included serving as board president of Houston Arts Alliance, honored as art patron of the year by Art League Houston, received the Mayor's Volunteer Houston Award, conceived and chaired the first two Hair Balls for Lawndale, served for over 20 years on the Core Fellow Committee at MFAH, and with Victoria, co-founded Looking At Art.
Marshal is survived by his spouse Victoria, sister Marilyn and Peter Lane, Sarasota, FL, brother Harold and Elizabeth Lightman, Jupiter, FL, sister Mindy Dobrow, Natick, MA, and his nieces and nephew, great nephews, and godsons. A Celebration of Life will be held in the Fall.
In lieu of flowers, the family requests memorial donations be made to the Core Fellow program at the Museum of Fine Arts, Houston.
To plant trees in memory, please visit our Sympathy Store.
Published by Houston Chronicle on Aug. 18, 2019.
MEMORIAL EVENTS
No memorial events are currently scheduled.
To offer your sympathy during this difficult time, you can now have memorial trees planted in a National Forest in memory of your loved one.
MAKE A DONATION
MEMORIES & CONDOLENCES
17 Entries
My name is David Hoffman. I am nearly 80 years old. My mother was Eve Lightman Hoffman. I remember Marshall when I was a kid and we played together at Narragansett Rhode Island each summer. Fortunately, I contacted him about four years ago via email and we spoke on the phone. It was so good to make contact with him again. He was a very decent man and, one of the best looking men I ever saw in my life.
David Hoffman
www.whoisdavidhoffman.com
David Hoffman
November 12, 2020
Much love to you, Victoria. I am so, so sorry. I know what a shining light your marriage was. I pray that you feel that light forever.
Kathryn Berg
August 20, 2019
Victoria,
I send my heartfelt sympathy to you and all of Marshal's family.
Sincerely and with caring thoughts, Lisa
Lisa Van Stone Giering
August 19, 2019
Marshall Full of life and stories. He definitely made footprints in the Houston Art community. His dedication to his profession and the Arts is commendable during this "here today gone tomorrow" environment we find ourselves living in today. Thanks for the memories John and Mary Ann Dalton
john dalton
Friend
August 19, 2019
Dear Victoria, I am so sad to read this news. You and Marshall were so kind to me when I first arrived back in Texas in 2004. I am very sorry we have lost touch. My deepest sympathy to you and your family. Love, Kathleen ( Huggins) Clarke
Kathleen Huggins Clarke
August 18, 2019
SO, so sorry to learn of his passing. Such a gift he was for Houston and art enthusiasts everywhere.
Dottie Burge and Vic Driscoll
August 18, 2019
Marshal was a fun, generous, supportive being that fed and impacted many. His light brought many smiles, increased the confidence of Houston's artists, and raised the spirits of those he encountered.

He will remain 39 forever in our hearts.

Much love to Victoria and his loved ones.
Emily Sloan
August 17, 2019
Jim Gwin
August 16, 2019
Marshall was so kind when me and some other Core Fellows were stuck w no electricity from a hurricane... he cooked all the redfish from the freezer and a turkey too... we did not starve!
I will remember his warmth and generosity. Sending love and condolences to Victoria and his family.
Sasha Dela
August 16, 2019
I know in my heart that man is good, that what is right will always eventually triumph and there is purpose and worth to each and every life. -- These words by a former President reflect in many ways, I think, Marshall's approach to life.

I know that Marshall recognized the good and purpose in the lives of those he touched. And likewise, there was so much wisdom, goodness, purpose and worth to the life he led.

What a marvelous legacy Marshall leaves.

With all kind thoughts,

Tony L. Chauveaux
Deputy Chairman
National Endowment for the Arts
Tony L. Chauveaux
August 16, 2019
I'm saddened to hear of Marshal's passing. As both an artist and a gallery employee, I remember Marshal fondly for his sense of humor and passion for the arts. The Houston art world just got a little less vibrant.
Sarah Greene Reed
August 16, 2019
Such an amazing force in our community and he left us rich in support, funny lines, humor, stories, opinions, and to me personally, he was believer in what I do....my love and condolences to Victoria and family and thank you for sharing him.
Gail Siptak
August 16, 2019 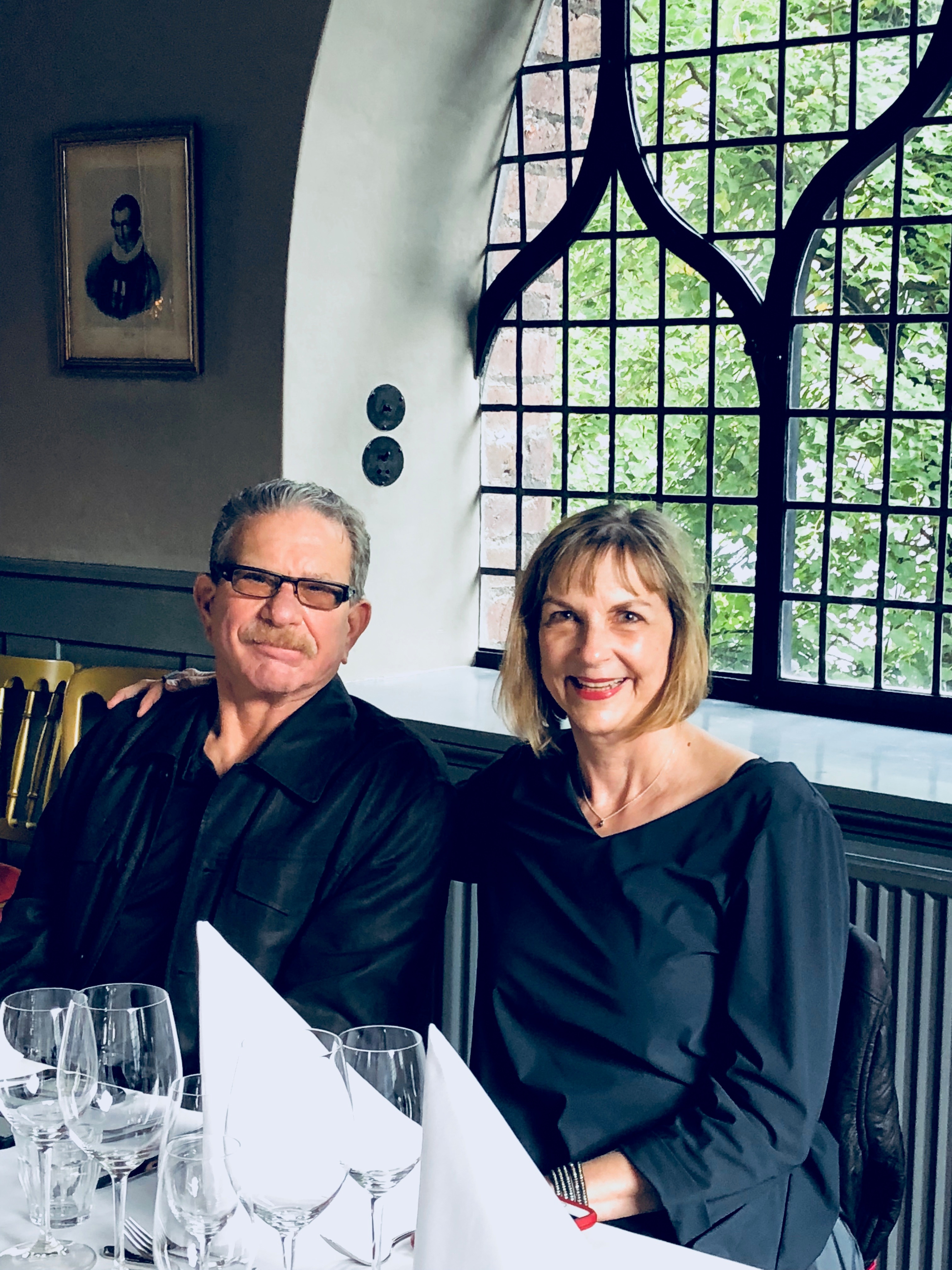 Anna Mavromatis
August 16, 2019
Marshal always had a positive outlook and tremendous energy. He will be missed.
James Bransom
August 16, 2019
In memory of Marshal
August 15, 2019
My sincere sympathy goes out to all your family as you mourn his loss. He was always full of life and a gracious host with a wonderful sense of humor. He will be missed by all! What a wonderful life he had and impacted so many lives.
Dorothy Carlson
August 15, 2019 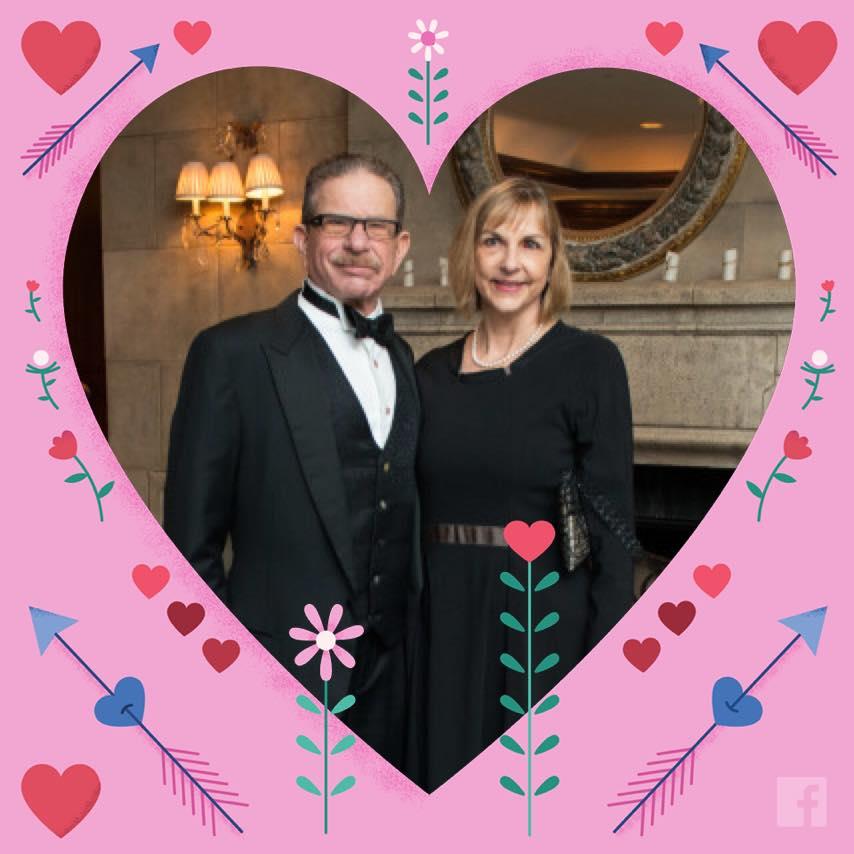