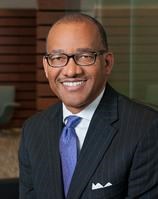 BORN
1956
DIED
2019
FUNERAL HOME
Geo. H. Lewis & Sons Funeral Directors
1010 Bering Drive
Houston, TX
Milton L. Scott
1956-2019
Milton L. Scott, of Houston, transitioned from this earthly life to be with the Lord on Sunday, the 8th of December 2019. He was 63 years of age.
Mr. Scott was born in New Orleans, Louisiana and raised in St. Francisville, Louisiana. After graduating from Southern University with a bachelor's degree in accounting, he moved to Houston and began his career at Arthur Andersen, LLP where he became a partner in the Audit and Assurance Practice. In 1999, after 22 years in public accounting, Mr. Scott joined Dynegy as Executive Vice President and Chief Administrative Officer. He left Dynegy in 2002 to become an entrepreneur.
As a business and community leader, he served on many boards in various capacities, including service as Chairman of the Board of Sterling Construction Company (NASDAQ-Strl); Lead Director of WH Energy Services, Inc. (formerly NYSE) acquired by Smith International, Inc.; Chairman of the Texas Business Hall of Fame Foundation; Chairman of the University of Texas-Austin McCombs School of Business Foundation and Chairman of the Greater Houston Convention and Visitors Bureau.
Mr. Scott received numerous awards for his service, including Top 100 African Americans in Business by Savoy magazine, Texas Legislative Caucus Outstanding Texas Awards and Texas Society of Certified Public Accountants – Outstanding Council Chairman Award.
Mr. Scott is married to Yava Scott, and they have a daughter, Kirsten Scott Bell, and a son, Kameron Scott. Nothing was more important to Milton than his faith, family, and service to the community.
Friends are cordially invited to gather and share remembrances with the family during a visitation from half-past six o'clock until half-past eight o'clock in the evening on Thursday, the 12th of December, in the library and grand foyer of Geo. H. Lewis & Sons, 1010 Bering Drive in Houston.
A celebration of Mr. Scott's life is to be conducted at eleven o'clock in the morning on Friday, the 13th of December, at Wheeler Avenue Baptist Church, 3826 Wheeler Avenue in Houston, with Rev. Dr. Marcus D. Cosby, Senior Pastor officiating.
The internment will follow, via an escorted cortège, at Memorial Oaks Cemetery in Houston.
All are then invited to greet the family during a reception in the nearby Wheeler Avenue Baptist Church fellowship hall.
In lieu of customary remembrances, memorial contributions in Mr. Scott's honor may be directed to Wheeler Avenue Baptist Church Building Fund, 3825 Wheeler Ave., Houston, TX 77004 or online at www.wheelerbc.org/resources/online-giving; or M.D. Anderson Cancer Center; Attn.: Development Office, P.O. Box 4486, Houston, TX 77210 or online at www.gifts.mdanderson.org; or to the Nu Boulé Sigma Pi Phi Foundation, 4828 Loop Central Dr., Ste. 1000, Houston, TX 77081.
Please visit Mr. Scott's online memorial tribute at GeoHLewis.com where memories and words of comfort and condolence may be shared electronically with his family.

Published by Houston Chronicle on Dec. 12, 2019.
To plant trees in memory, please visit the Sympathy Store.
MEMORIAL EVENTS
Dec
12
Visitation
6:30p.m. - 8:30p.m.
Geo. H. Lewis & Sons
1010 Bering Drive, Houston, TX
Dec
13
Celebration of Life
11:00a.m.
Wheeler Avenue Baptist Church
3826 Wheeler Avenue, Houston, TX
Funeral services provided by:
Geo. H. Lewis & Sons Funeral Directors
MAKE A DONATION
MEMORIES & CONDOLENCES
Sponsored by Geo. H. Lewis & Sons Funeral Directors.
7 Entries
Milton had a smile that lit up the room. He also had a heart that enabled him to reach out to others whether to support, encourage or celebrate. He was a great mentor of mine at Andersen and beyond. He helped open doors for me and was one of the reasons I made partner at a time when there were few women partners. Yama, know that our thoughts and prayers are with you and I can feel that brimming smile beaming from heaven.

Lis and Herb Fisher
December 15, 2019
Scott family, we want you to know that the Caudle family's thoughts and prayers are with you. We are so lucky that we got to know Milton as we raised our children. His was a special light that will be missed but his legacy lives on in his wonderful family. Everyone who knew Milton has been blessed. Love, Helen, Allen, Anna and Katy
Helen Caudle
December 13, 2019
The College of Business at Southern University in Baton Rouge mourns the loss of such an outstanding alumni of its accounting program. The entire college wishes the family the strength to continue the legacy that Milton Scott provided us all, as a guiding light for us to follow. His accomplishments speak for him in terms of the pathways he created for us all to follow. His work served as a benchmark of the excellence that has been produced from the efforts of the professors that have worked in the vineyard and made the investments from which the alumni from the College of Business and especially the accounting program have benefited. We all mourn the loss and celebrate Milton's legacy.

Donald R. Andrews, Dean
College of Business
Southern University
Baton Rouge, Louisiana
Donald Andrews
December 13, 2019
Milton was one of my closest friends. From the time he started at Arthur Andersen, we worked together and spent many days talking about his future. Particularly, we worked together on political affairs for the Texas Society of CPAs. Much of our regulatory system in Texas would not exist had not Milton been a part of it. He was a class act in all ways. I have many stories I could tell about our time together. I remember fondly celebrating with him when we announced he would become a partner in the firm. Yava: my deepest sympathies to you and your family. This is an immense loss for all of us.
Ronnie Rudd
December 12, 2019
Milton was a first-class person with a great personality and a wonderful sense of humor. He had a strong interest in serving his community and helping those who were less fortunate, or in need. He was a shining star in the human race that left us way too soon. I want to extend my deepest sympathies to his devoted wife Yava, and his kids and the rest of his family members. Please take comfort in knowing he was a man of deep faith and is now resting in a better place. RIP Milton, you will be sorely missed by all who lives you touched.
Carl Mullen
Friend
December 11, 2019
I have never met a finer person than Milton. His warmth, optimism, support of friends and good causes, and all-around goodness not to mention his intellect, humor, and broad and ready smile made him beloved by all. I will cherish always the blessing of his friendship, and am confident that with his winning personality, he's already been commissioned as a Chief Greeter in Heaven. Yava, love to you and the kids always. Carrin Patman
Carrin Patman
December 11, 2019
Bettye Desselle
Friend
December 11, 2019
Showing 1 - 7 of 7 results