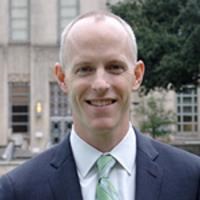 BORN
1973
DIED
2018
Patrick Michael Walsh
1973-2018
Patrick Michael Walsh of Houston, Texas, lost his courageous battle against glioblastoma brain cancer on Friday, November 23, 2018. He was 45 years old.
Pat was preceded in death by his father Jim Joseph Walsh. He is survived by his wonderful wife Lindsey Aldrich Walsh, one-year old son Julian, and loyal dog Goose. His mother Eleanor Walsh, brother Sean (Michele) Walsh, all of Houston, and twin brother Jamie (Amy) of Austin, Texas also survive him. Pat was an amazing uncle to his three nephews Grant, Colin, and Trent. The City will also feel the loss of this dedicated and visionary public servant.
Pat was born and raised in Houston, graduating from Bellaire High School in 1992. After completing a BS in Civil Engineering from Carnegie Mellon University, he returned to Texas and earned his Master of Science in Civil Engineering at The University of Texas at Austin. Pat found his professional passion in urban planning, and spent the past five years as Director of the City of Houston's Planning and Development Department, proudly serving both Mayor Parker and Mayor Turner. Pat was the driving force behind the passing of Houston's first general plan, Plan Houston. He was also involved in the first update to the City's Bike Plan in decades, ensuring improved facilities for Houston's bike riders for many years to come.
Houston's dog owners know Pat as the founder of Paws on Patios. In 2011 he led the campaign to change the City's health codes to allow four-legged friends on restaurant patios. Pat loved dogs and spent many happy hours running through Memorial Park with Goose.
Pat enjoyed music and was an avid piano player who loved having friends over for sing-alongs. He was a skilled amateur ballroom dancer who competed nationally and internationally.
Pat treasured his family and friends. He was always available to help, and his friends knew they could count on him. He was a devoted and loving husband to Lindsey and, most importantly, the best dada in the world to Julian.
Lindsey and Julian want to thank the large number of friends and family who loved Pat and have assisted them over the past few months. In lieu of flowers, donations may be made to the Julian Walsh Trust that has been established for Julian's future educational needs, sent to 1834 Marshall Street, Houston, Texas 77098 or make a donation to a charity of your choosing. A celebration service will be held at the Emancipation Park Community Center on December 14, 2018, at 10 am.
Published by Houston Chronicle on Nov. 30, 2018.
MEMORIAL EVENTS
Dec
14
Celebration of Life
10:00a.m.
Emancipation Park Community Center
TX
MAKE A DONATION
MEMORIES & CONDOLENCES
18 Entries
As the days and weeks pass, I think of you more and more. You were a bright and fun person whom I looked up to. I still remember all the times I spent with you, playing with goose in the backyard and picking fruit with Lindsey, I wish you were here to make everyone smile when you crack a joke, or play with kids and see their eyes light up at a boring party. Though you are not here now may everyone remember and smile at the thought of you, may we grief and morn your death just as much as we laugh and smile as we think of you. May you watch over us in our worst times. I still do look up to you and wish to be like you from the moment I met you I immediately smiled, Even though we are not connected by blood you have always been a father figure to me, Thank you Uncle Pat.
Sarah Phillips
Friend
May 30, 2021
Remembering Pat this weekend on the first anniversary of his death. Good to see Jamie and family today. Margaret Daffin
Margaret Daffin
November 24, 2019
Lindsay and Julian, Patrick's light and loving spirit permeated everyone who met him.! I feel fortunate to have witnessed this love he exhibited for you and Julian. It is present and inextinguishable. You and Julian are in my prayers. Patrick will be missed but will always be a part of our community. Take Care.

Cinda Ford
Cinda Ford
January 1, 2019
I am praying for his family! Patrick was a respected man and I will never forget him! He was a beacon of light to me in a very dark tunnel! Rest easy my brother and much love to your family!
Lowell Pinnock
December 14, 2018
I am very sad to hear of his passing. My thoughts are with his family. I wish them peace and comfort during this sad time that came far too soon.
Jennifer Myers
December 13, 2018
I will always remember his kindness and smile. He gave his full attention to every matter and every person he met. He was a leader and a servant with a big heart. He has left big shoes to fill. And I will miss him very much.
Leah Olive-Nishioka
December 4, 2018
This is very sad news. At CMU, this is a guy you wanted to be around and be on a team with. I am sure he was the same in his professional career and with his family. I am very sorry for your loss.
Tony DeSimone
December 4, 2018
Pat enjoyed life and people! He was a man of excellence, but very down to earth. He had a gift for bringing people together. He loved Houston and I wanted him to be the Mayor, in the coming years. Pat was a, Son of the City. He was very courageous throughout his battle with cancer. My deepest sympathies to Lindsey, Juliann, Jamie, Sean, and Eleanor. And, to all of their spouses and children. Godspeed, dear Pat.
Mary Grant
December 4, 2018
On behalf of the Department of Civil and Environmental Engineering, the College of Engineering, and the Carnegie Mellon University campus community, I send heartfelt condolences to the family of Pat Walsh. Through his professional work in civil engineering and urban planning, his joy of life as expressed through his lifelong interests in music and dance, and his empathy and humanity, Pat had a lot of positive impact on many people in his 45 years. We at Carnegie Mellon are very proud of Pat and what he accomplished in his life. We are saddened by his passing.

Dave Dzombak
Professor and Department Head
Civil and Environmental Engineering
Carnegie Mellon University
David Dzombak
December 1, 2018
I'm so very sorry to read this sad news. What a loss for Winlow Place, the City of Houston and his wife and son. Our thoughts are with the family and we hope they will find comfort in Patrick's legacy and memory.
Teresa Byrne-Dodge
November 30, 2018
First we met Lindsey, new to the neighborhood but she fit in immediately. When she brought her new boyfriend to our house for Winlow Place Cocktails & Conversation, we knew right away he was "the" one! And we came to love him too, Pat was one of a kind. We loved sitting at the piano singing any Beatles song but especially "Penny Lane". We will miss his bright smile and never wavering positive outlook but we will never forget him!
Guy & Debbie Leflar
November 30, 2018
Patrick has been on my mind for several weeks. I heard of his passing from the news. as a COH retiree I was not aware of his battle. I was extremely fond of Patrick. He was approachable and compassionate. He was aware of my health challenges and my loss during the hurricane. He would stop by my work station to check on me. I thank God for allowing our paths to cross. My prayers are with his family during the days to come.
Beverly Roach
November 30, 2018
I love the way he loved our city! my thoughts are with the Walsh Clan.
Courtney Whyte
November 30, 2018
A death like this makes me ponder why. What a reminder to make each moment matter. His potential future honors and achievements will be left unfinished in this world. I lost my own version of Mr. Walsh in 1992 and the loss has not yet left me.

With my sincerest wishes for peace and acceptance to Patrick Walsh's loved ones.
Raymond Goodrich
November 30, 2018
Pat thank you for the dances. You are deeply missed.
November 30, 2018
I first met Pat 10 years ago,when my daughter,Jessica,a pediatric oncologist,who was battling her own cancer.Pat was constantly by her side,giving support and comfort.I immediately bonded with him..we had many conversations in the evenings after leaving Jess's room..about life,women,sports,music ,et al.We kept communicating after I returned to New York.I remember attending a dance competition in NYC that he competed in.I recall his fascination with the NYC bike lanes. 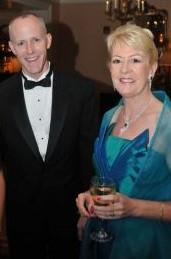 To Lindsey, Julian, Jamie and all of Pat's family. Pat and I were good friends and loved to dance the quickstep together - what a great dancer he was! We met many years ago, through ballroom dancing, but our one special connection was that we are both twins, and would often have lunch and talk about our twinship. What a great guy he was and always so full of life, only to lose it much too soon. He will be missed by so many.
Margaret Daffin
November 29, 2018
Showing 1 - 18 of 18 results