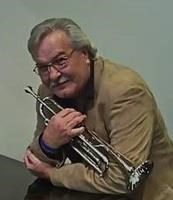 BORN
1954
DIED
2021
FUNERAL HOME
Family First Cremation Services
25702 Aldine Westfield Rd.
Spring, TX
Scott Phillips
1954-2021
It is with deep sorrow and much love that we mourn the passing of Scott Phillips of Spring, TX on Sunday, August 22, 2021, at the age of 67. His death was sudden but he passed peacefully from his life.
Scott grew up in Milwaukee, Wisconsin and was a graduate of Bay View High School. Taking his education to Stout University focusing on an Industrial Arts degree.
He will be lovingly remembered by many for his incredible talents including his amazing music. No one could speak directly to people's hearts the way he could when playing his trumpet. Which he started at the young age of 7. Because of his talent he was allowed to be part of Lake Band in Junior High. Where he received many accolades for his talent.
Scott moved to Texas. Where he adapted to the Texas lifestyle immediately. Meeting his loving bride of 35 years Penny A. Phillips. Picked up his trumpet again in 2006, taking classes at Lone Star College mastering the art of Jazz. Sharing his talent with several churches in the area. And performing many concerts at Lone Star College. During this time he mastered two recordings of his music. Music was his passion helping anyone he could that might be struggling. Especially the kids that crossed his path. He was all about music. His second passion was History. Always watching programs to enhance his knowledge. And sharing that knowledge with his wife.
Scott will forever be in the hearts of his wife Penny A. Phillips, Daughter Tiffany S. Rincones, Son-In Law Daniel Rincones, Grandson Christopher J. Rice, Granddaughters Kimberly A. Rice and Maddison M. Rice, Great Granddaughter Jasmine M. Rice, Sisters Bonnie Wobbe, Lisa Burgos and Tammi Phillips, Brothers Todd Phillips, Kevin Phillips and Brian Phillips, along with 6 nieces and 3 nephews.
"When you begin to see the possibilities of music, you desire to do something really good for people" - John Coltrane
Services are being held September 10, 2021, at 1:00 pm, at Lord of Life Lutheran Church, 3801 S. Panther Creek Drive, The Woodlands, TX 77381.
Published by Houston Chronicle on Sep. 9, 2021.
To plant trees in memory, please visit the Sympathy Store.
MEMORIAL EVENTS
Sep
10
Service
1:00p.m.
Lord of Life Lutheran Church
3801 S. Panther Creek Drive, The Woodlands, TX
Funeral services provided by:
Family First Cremation Services
MAKE A DONATION
MEMORIES & CONDOLENCES
Sponsored by Family First Cremation Services.
2 Entries
Penny, May God continue to comfort and keep you and your family in this time of sorrow. My deepest sympathy is with you and your family for the loss of Scott. You and Scott were inseparable.
Rinnie Pickney-Winslow
September 16, 2021
Scott you were a perfect man. The perfect man for me. Thank you for all the memories, laughs, and good times. I will miss you forever. Love you till the day I'm meet you again.
Penny Phillips
Family
September 14, 2021
Showing 1 - 2 of 2 results