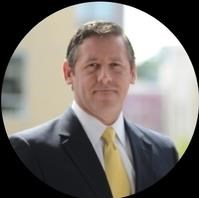 BORN
1972
DIED
2019
FUNERAL HOME
Earthman Hunters Creek Funeral Home
8303 Katy Fwy
Houston, TX
William Scott Platzer
1972-2019
Our beloved brother, William Scott Platzer, 47, passed away unexpectedly on Wednesday, March 13, 2019. Scott left behind his three young daughters, Sarah, Maggie, and Katie and his wife, Amy. He is also survived his mother, Margaret Taylor and sister, Maggie Platzer and his beloved "Uncle Bob" and "Aunt Yvette," and cousins Warren and Meagan. Scott also had an extended network of family and friends in Houston, all over the U.S., and scattered around the world.
For those who did not know Scott well, his story deserves to be remembered. He was raised in Alabama and Texas and joined the Marines after high school. He was immediately deployed to Desert Storm at the age of 18 where he distinguished himself in combat.
Upon his return he enrolled in the Univeristy of Houston where he received the Exxon Mobile Desert Storm Scholarship and graduated with honors. After university, Scott began his career as a high-yield bond portfolio analyst at American General-AIG, where he excelled.
After the events of September 11, 2001, Scott returned to the military and began his training for the U.S. Army Special Forces. With the 20th Special Forces Group, Scott served in Colombia and Afghanistan with small teams in remote and high-risk areas and was ultimately awarded the Bronze Star.
Scott was the fiercest of friends, a proud father, and dedicated family man. Nothing gave him more joy than his children. He gave every ounce of himself and he had an unmatched capacity to endure and to keep putting one foot in front of the other.
He was an exceptionally accomplished man. Scott was a artist, musician, gourmet cook, poet, calligrapher, writer, philosopher, strategist, soldier and, most importantly, a father.
A celebration of Scott's Life will be on Thursday, March 28, 2019 at 6:30 pm in the Hunters Creek Chapel at Earthman Funeral Directors, 8303 Katy Freeway, Houston, TX 77024, with a reception to follow in the Event Room at Earthman Funeral Directors.

Published by Houston Chronicle on Mar. 28, 2019.
To plant trees in memory, please visit our Sympathy Store.
MEMORIAL EVENTS
Mar
28
Celebration of Life
6:30p.m.
Earthman Hunters Creek Funeral Home
8303 Katy Fwy, Houston, TX
Funeral services provided by:
Earthman Hunters Creek Funeral Home
MAKE A DONATION
MEMORIES & CONDOLENCES
Sponsored by Earthman Hunters Creek Funeral Home.
4 Entries
Thank you warrior, for all of your sacrifices. I did not know you personally, but as a member of Socnet, I am familiar with the tremendous sacrifice men of your caliber quietly make every day. Until Valhalla. Rest now, we have the watch. 57 Medic
Gary Ringling
July 8, 2019
My sincere condolences to your family for the loss of your love one. May the God of comfort be with you during this sad occasion and may his loving words at John 6:40 console your hearts.
March 29, 2019
My sincere condolences to thè family of Scott Platzer May thè God of all comfort who comforts us be with you during this difficult time. May His words give you comfort and strength as you mourn the loss of your loved one. Psalm 147:3,4.
March 28, 2019
Losing a loved one is never easy, but our loving god promises to give the strength and courage you'll need to endure, and to cope with the pain of your loss. He also promises to hold your hand every step of the way. (Isaiah 40:29, 41:10, 13)
March 28, 2019
Showing 1 - 4 of 4 results