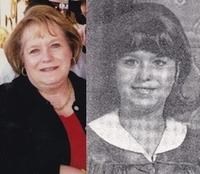 BORN
1952
DIED
2021
FUNERAL HOME
Forest Park Lawndale Funeral Home
6900 Lawndale Street
Houston, TX
Sharon K. Smartt
1952-2021
Sharon K. Smartt, 68, passed away in the I.C.U. of St. Joseph Hospital on September 7, 2021, from internal bleeding among other things. Due to the pandemic in the year 2020 and her constant lower back pain, she had great difficulty making routine medical appointments and entered the I.C.U. with a number of medical issues, none related to COVID. Many of these began after nearly freezing to death for two days without heat during the February "Texas Freeze."
Sharon was born on December 4, 1952 in Houston, Texas. Growing up in the Houston Heights, she attended Field Elementary, Hamilton Junior High, and graduated from Reagan High School in 1971. While still a junior at Reagan, she elected to join the Vocational Office Education (VOE) Program working afternoons in the oil industry for General Crude. She was in the Honor Society at Reagan and was an outstanding employee at General Crude. Upon graduation, she began a lifetime career in the oil industry after being offered a job as a permanent employee at General Crude. As with most oil company mergers, her job at General Crude became Mobil and finally Exxon-Mobil where she retired in 2013 after working continually for 43 years.
In January of 1979, Sharon met her future husband, Wiley Smartt. They dated for more than two years and knew they were meant for each other. They were married on May 16, 1981 and recently celebrated 40 wonderful years of an outstanding marriage in May of this year. By choice, Sharon and Wiley decided to devote their time and energy to their careers and each other and therefore had no children. They both loved dogs and had several German Shepherds and Welsh Corgis during their time together. For them, this was their family.
Sharon enjoyed several hobbies during her lifetime. While Wiley was completing college earning his degree in Electrical Engineering, Sharon dabbled in the Arts learning oil painting while attending several night classes following her workday. When Sharon became a homeowner, she found a new hobby, planting flowers and growing plants in her flower beds. When Wiley retired from the Navy's Submarine Service, Sharon wanted to begin a new hobby of making handcrafted jewelry and selling some of these items at weekend craft shows under her business she named "Smartt Stuff." It never made any profit but to her it was never about the money. Instead, it was about the total enjoyment and fulfillment she had staying up many nights watching late night TV and not knowing when to quit as she was just having too much fun. Her final and most meaningful hobby came about due to her love of dogs. She and Wiley joined the Bluebonnet Cardigan Welsh Corgi Club (BCWCC) of Houston and got their first Corgi puppy, the newest family member. Sharon loved this dog club and being surrounded by Corgis at dog shows and events. She was voted Club Secretary and Treasurer, serving both jobs simultaneously until August of this year when she resigned both positions due to declining health, a decision she never wanted to make.
Following retirement from Exxon-Mobil, Sharon rewarded herself with what she described as "something I've always wanted to do." She bought season tickets for the Broadway shows and enjoyed these events on Sundays at the Hobby Center. Once the show had ended, she would pick up Wiley and they would head for a Mexican restaurant to eat her favorite food, "Tex-Mex." However, as her back pain increased which made her walking much more difficult, she reluctantly decided to stay at home and cancel her subscription.
A visitation for Sharon will be held Saturday, September 18, 2021 from 9:00 AM to 11:00 AM at Chapel of Angels; Forest Park Lawndale Funeral Home, 6900 Lawndale Street, Houston, TX 77023. A funeral service will then occur at 11 AM at Chapel of Angels with burial to follow at 12 PM at Forest Park Lawndale Cemetery, 6900 Lawndale Street, Houston, TX 77023.