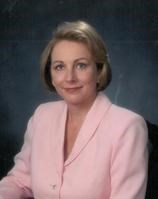 BORN
1952
DIED
2015
FUNERAL HOME
Geo. H. Lewis & Sons Funeral Directors
1010 Bering Drive
Houston, TX
Dr. Sonja Eva Singletary, M.D.
1952-2015
Dr. Sonja Eva Singletary, M.D., age 62, passed away on Wednesday, the 29th of July 2015 in Houston, Texas. She was born on a small family farm near Florence, South Carolina. After completing an accelerated undergraduate program at Clemson University and receiving her medical degree at the Medical University of South Carolina, Dr. Singletary finished her surgical residency at the University of Florida, including research in Tumor Immunology. She dedicated her entire surgical career to the M.D. Anderson Cancer Center with the firm belief that the Anderson was a "big happy family with the focus always on the patient." She was asked to join the M.D. Anderson staff upon completion in 1985 of a two-year fellowship; in 1987 she was named Chief of the Melanoma Section and in 1990 she became Chief of Breast Surgery.
Dr. Singletary became one of the premier breast surgeons in Texas and the United States. Her expertise in the clinical care of women affected by breast cancer was recognized in 1992 when she was named to a 17 member Special Commission on Breast Cancer by the President's Cancer Panel to assess the status of breast cancer research, detection, treatment and prevention throughout the United States. She also served on the Intervention Task Force of the Texas Cancer Council.
Dr. Singletary worked closely with basic and clinical researchers to identify genetic factors associated with development of breast cancer, to design more effective combination therapies and to implement prevention strategies. Her grasp of the complete breast cancer picture placed her in frequent demand as a teacher and speaker. Dr. Singletary authored numerous peer-reviewed journal articles, books, and patient educational CDs. Her concern and dedication provided the knowledge that now empowers women to make informed decisions and choices that affect their quality of life.
Dr. Singletary was the daughter of the late Josiah B. Singletary and Agnes Kull Singletary. She is survived by her beloved son, Benjamin Harkrider; her brother, Dr. Frank Singletary and his wife Gayle and their three children, Jennifer, Christopher and Brittany; her sister, Anna Marie Schuster and her two children, Douglas and Deanna; her sister, Dr. Loretta Singletary and her husband William Chounet and their five children, Joseph, Robert, Cassandra, Noel, and Jean Pierre.
The memorial service will be conducted at four o'clock in the afternoon on Sunday, the 2nd of August, in the Jasek Chapel of Geo. H. Lewis & Sons, 1010 Bering Drive in Houston, where The Rev. Bill Cole, Associate Pastor of Worship & Praise at Sagemont Church, is to officiate. The family will gather for a private interment at Memorial Oaks Cemetery at a later date.
In lieu of usual remembrances, memorials in Dr. Singletary's name, may be directed to a breast cancer research and education foundation of your choice.

To plant trees in memory, please visit our Sympathy Store.
Published by Houston Chronicle from Aug. 1 to Aug. 2, 2015.
MEMORIAL EVENTS
Aug
2
Memorial service
4:00p.m.
Geo. H. Lewis & Sons Funeral Directors
1010 Bering Drive, Houston, TX
Funeral services provided by:
Geo. H. Lewis & Sons Funeral Directors
MEMORIES & CONDOLENCES
Sponsored by Michele Follen.
68 Entries
Dr Singletry was a great Doctor and helped me when I had a diagnosis of breast cancer. I will ever greatful for her. God Bless her.
Carolyn Muske
July 27, 2020
I was both a patient, student and Colleague. I am just learning of her passing. I moved on to work in Boston. She was an amazing mentor and the best surgeon
Joan Pitcher
March 11, 2020
No puedo creer que tan maravillosa persona dejara esta tierra tan joven hacia los brazos de Dios. Nunca podré olvidarla, la Dra Sonja me salvó la vida de un sarcoma óseo en etapa muy avanzada. Estaba ya en etapa terminal, con 15 días de vida. La intervención quirúrgica duró 16 horas pero su cirugía fue todo un éxito. Mi nombre es Florenzo Schettino y vivo en Venezuela. Lamento su fallecimiento
Florenzo Schettino
Friend
September 26, 2019
Dr. Singletary was such a wonderful person. She saved my mother's life like she saved so many others. The world is definitely in need of her wisdom, foresight & determination. I just came to say she is still missed and still thought of fondly. Sending prayers of love and comfort to her son, family and friends.
Laura Dugey
June 19, 2019
I love you darling Eva. Thanks for coming into my life in 1970, 71 and 72. Rest In Peace sweet angel.
Frank Morning
October 17, 2018
RIH Dr.Singletary u saved my life ! Ur tha best ever I'm so glad to had meet you and u service me gone to soon I'm so devastated I no ur an Angel in Heaven God bless you an ur family !
Mary Thomas
August 1, 2018
I am so heartbroken to hear that my former Supervising Physician had passed and I had not heard. I worked with Dr. Singletary at MD Anderson Dept of Surgical Oncology, from the years 2000 until 2004. Dr. Singletary was the Best! She often talked about her beloved Benjamin and enjoyed being his Mom more that her prestigious career. Benjamin taught her what was most important in life of which she was so proud of him. As famous as she was as The Top Breast Cancer Surgeon, she was quite humble. She was my mentor whom I learned so much, not just in medicine but also as a mutual Mom!I know Dr. Singletary is in Heaven because she was a believer and often witnessed to patients in her own effective way. She brought me closer in my faith in God . She helped build my confidence and made me the clinician I am today!In her memory I will dedicate the rest of my career to pass forward her compassion and expertise, as well my dedication to my 4 children as a nurturing mother!God Bless you Dr. Singletary and Benjamin! 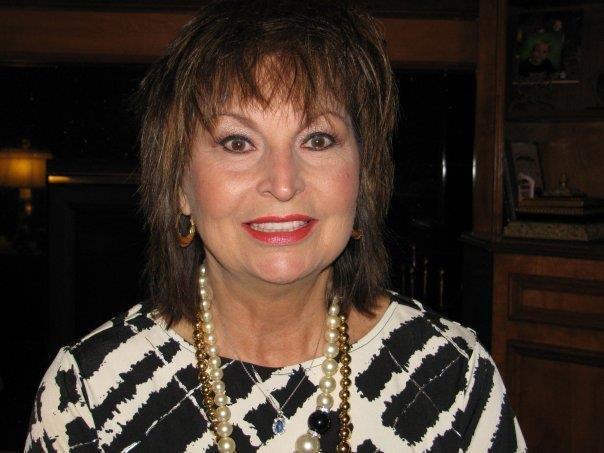 I will always appreciate what you did and the hope you gave me. I am a 20 year survivor from breast cancer. The work you and Dr. Schusterman, made me feel whole again. You will be missed by your patients and family. The world has suffered a great loss......
gail hardwick
December 27, 2015
Mom,

Pete Sadler
August 1, 2015
Deepest sympathy to the family for this great loss. There is a depth of compassion felt for you. The loving kindness of God can sustain you through this difficult time and in the days ahead. May you have a measure of comfort sharing the loving memories that are in your hearts.
Lewises
August 1, 2015
I wish I could have been half the physician you were. Your passing is a great loss. "This world was never meant for one as beautiful as you." Love you, Eva
Marsha McNeese
August 1, 2015
She will be remembered as a kind,competent surgeon. So sorry she is gone
She made a difference in my life and my family.So fortunate to have had her services and care. With sympathy
Arleen znosko
August 1, 2015
Dr Singletary was one of the most premier breast surgeons of her day, and someone who was awe-inspiring to her patients, colleagues, and trainees alike. I feel so special to have worked so closely with her, and learn a small fraction of her vast knowledge of breast cancer. In addition to being an amazing breast surgeon, she was such a compassionate human being, who seemed to be able to roll with the punches with barely a hint of anger or ill will. This is a big loss, indeed...
Allison Perry
July 31, 2015
Showing 1 - 68 of 68 results