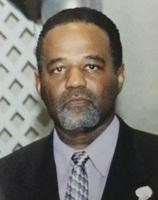 BORN
1952
DIED
2015
Mr. Timothy Gray
1952-2015
Timothy "Tim" Gray born in Houston, TX on November 11, 1952 passed away on October 8, 2015 surrounded by his loved ones. Tim was well known and respected in the community. He was a stellar football player and a 1971 graduate of Kashmere High School. After 2 years at a Jr. College he later accepted a full athletic scholarship to Texas A&M University. In 1975, Tim was drafted by the St. Louis Cardinals as a 1st round draft pick. In addition, the St. Louis Cardinals, he played for the Kansas City Chiefs (1976-1978) and San Francisco 49ers (1979).
Tim is survived by his daughter, Sunya Gray Claiborne; his mother, Thelma Gray; brothers, Marvin & Stephen Gray and a host of many other dear relatives and friends. His father, C.M. Gray, sister, Harriett Nixon and daughter Monica Gray preceded him in death.
Celebration of life service will be held at Metropolitan CME Church, 8955 South Freeway, Houston, TX 77051, Saturday, October 17, 2015. Memorial Service at 10am and Funeral Service at 11am. Pastor Judy Forney, Officiating. Interment: Paradise South Cemetery

Published by Houston Chronicle on Oct. 15, 2015.
To plant trees in memory, please visit the Sympathy Store.
MEMORIAL EVENTS
Oct
17
Memorial service
10:00a.m.
Metropolitan CME Church
8955 South Freeway, Houston, TX
Oct
17
Funeral service
11:00a.m.
Metropolitan CME Church
8955 South Freeway, Houston, TX
MAKE A DONATION
MEMORIES & CONDOLENCES
11 Entries
I loved Tim Gray. He was gentle and kind with a huge generous heart.
S W
October 5, 2019
William Jasper
October 16, 2015
I am deeply saddened by my cousin's passing. The Gray family is in my thoughts and prayers.
Madeline Hartwell
October 16, 2015
You will always live in our hearts and prayers.
October 16, 2015
May your hearts be filled with warm thoughts. and treasured moments of your. Dearly Departed.. Memories Forever of my classmate, Praying for the entire Family Members.. With my deepest sympathy Rip Tim!

KASHMERE CLASS OF 1971
Deborah Franks - Branch
October 16, 2015
To be absent from the body is to be present with the Lord . May God be with your family at this time. Kashmere c/o 1971
Carol Domain Lightfoot
October 15, 2015
God bless and keep you all at a time such as this..we love you Sunya and Family. Dianne Thomas/Family.
Dianne Thomas
October 15, 2015
LORD BE WITH YOU AND JOB WELL DONE YOU WILL BE MISS UNTIL WE MEET AGAIN
IDA CORMIER
October 15, 2015
To Mrs. Thelma Gray, your family has been apart of the Neely family for years. Tim and I were small kids together as well as classmates at Kashmere High School. The Neely and Jackson Families express our heart felt sympathy to you and your family on the passing of Tim. He was always a gentle guy and also full of kindness. Keeping you in prayer.

Cassie Jackson Lamb, Kashmere Class of '71
Cellanie Jackson( Totsie)
Cassie Jackson
October 15, 2015
We are saddened and sorry for the loss of your loved one, Tim. We love Tim like a brother. Our heartfelt sympathy to your family.

The Reynolds Family
D. Reynolds
October 15, 2015
To the Bereaved Gray Family
Hold on To God's Unchanging Hands and He will see you through! Tim's journey has ended; he has claimed a great reward and everlasting peace with the Lord! The Lord Is My Shepherd..23 Psalm! Prayers! RIP TIM
Jacquelyn Lewis
October 15, 2015
Showing 1 - 11 of 11 results