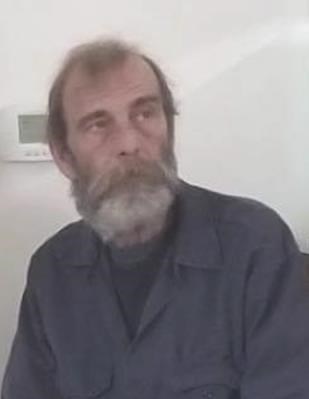 After high school, Chuck served in the U.S. Navy until he was honorably discharged. He was an amazing man who touched the hearts and lives of many. He had much love for animals and is probably being kissed all over from his many pets that have passed before him, the latest being C.G. Though he never had children biologically, his heart was filled with love for his "adopted" children and grandchildren! He will be sorely missed by many. Chuck enjoyed golfing, bowling and was an avid Vikings fan.

He was preceded in death by his loving parents, Clarence and Darlene Granger, and his angel sister, Helen Marie Granger.

A Celebration of Life will be held on March 14, 2021 at Meadow Lanes West in Manitowoc from 1PM to 4PM. Please bring your funny stories and loving memories of Chuck to share with everyone!

Expressions of sympathy may be sent to the family by visiting www.pfefferfuneralhome.com.

The Pfeffer Funeral Home, Manitowoc, is assisting the family with funeral arrangements.

Published by Manitowoc Herald Times Reporter on Mar. 7, 2021.
To plant trees in memory, please visit the Sympathy Store.
MEMORIAL EVENTS
Mar
14
Celebration of Life
1:00p.m. - 4:00p.m.
Meadow Lanes West
Manitowoc, WI
Funeral services provided by:
Pfeffer Funeral Home - Manitowoc
MAKE A DONATION
MEMORIES & CONDOLENCES
Sponsored by Pfeffer Funeral Home - Manitowoc.
2 Entries
Such a nice to guy to work with. Friendly and helpful. I am sure he will be by his mother's side again. R.I.P. Chuck.
Debbie Smith
Friend
March 9, 2021
So sorry to hear of chucks passing in fourth grade we both got sent home for fighting each other we became friends. He was fun to hang with
Ray J Anderson
Classmate
March 7, 2021
Showing 1 - 2 of 2 results