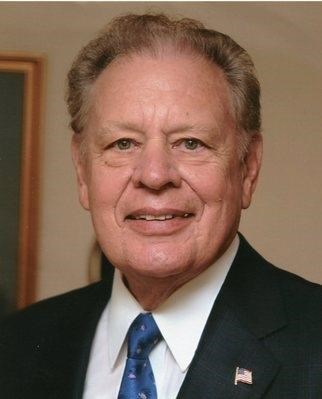 Manitowoc - Donald William Seehafer, age 84, family man and pillar of the community, passed away unexpectedly Tuesday, January 21, 2020 in the comfort of his home.

Don was born on April 8, 1935 in Marshfield, WI, to Bill and Clara Seehafer. He graduated from Marshfield High School with the class of 1953, where he participated in football, basketball, baseball, track, choir, state honors-winning quartet, and performing as captain of the Ship in the operetta HMS Pinafore.

Don proudly served his country in the U.S. Navy, spending the majority of his two years of active duty time in the Far East on the staff of Rear Admiral Commander Fleet Air Wing One, followed by four years of reserve duty.

Don married the former Velva "Jean" Rasmussen on September 20, 1958 at First Presbyterian Church in Marshfield. Together they raised four children and enjoyed the blessings of many grandchildren and great grandchildren. Don enjoyed supporting Wisconsin sports as well as attending Packers, Badgers, Super Bowls, Badger Rose Bowls, Brewers and World Series games, and together with Jean, they spent their winters in Cocoa Beach, FL, creating new traditions and memories with family and friends.

Don had a full and notable career in radio broadcasting, beginning during his senior year of high school when he memorably missed his own graduation ceremony to fulfill a broadcasting commitment. In 1960, Don (together with cousin, Bob Johnson) purchased their first AM radio station in St. Peter, MN. During this time, Don was given the Distinguished Young Men of America award by the Jaycees of Mankato, MN. In 1970, Don and Jean moved their family to Manitowoc, WI, with the purchase of WOMT 1240-AM. In 1976, Don separated from his partnership to form Seehafer Broadcasting, maintaining WI station and going on to establish an FM station in Wausau, WI and acquiring WQTC 102.3-FM as well as stations in Janesville, WI, Rochester, MN, Winter Haven, FL, Wisconsin Rapids, WI, and eventually Marshfield, WI, where he acquired the station that had given him his first broadcasting job.

Don was preceded in death by his parents, Bill and Clara Seehafer, his father and mother-in-law, Olaf and Sara Rasmussen, one sister and two brothers-in-law, Esther & Lloyd Riedel and Cliff Riedel, two brothers and sisters-in-law, Ray & Rita Rasmussen, and Vern & Joyce Rasmussen.

Funeral services will be held at 2:00 p.m. on Monday, January 27, 2020 at First Lutheran Church, 521 North 8th Street, Manitowoc. Pastor Jim Wilson and Pastor Jed Manders will officiate. Private family burial services will take place at a later date at Evergreen Cemetery, Manitowoc. Relatives and friends may call at the church from 11:00 a.m. until 1:45 p.m. In lieu of flowers, memorials may be made to the Wisconsin Broadcaster's Association Foundation in Don's name. The Jens Family Funeral Home & Crematory of Manitowoc assisted the family with funeral arrangements. Online condolences may be expressed at www.jensreinboldandpfeffer.com

Don's family would like to extend a very special thank you to all of Mom's caregivers who provided Dad with a great big breakfast every morning following his three-mile walk. Your care and compassion will not go unnoticed.

To plant trees in memory, please visit our Sympathy Store.
Published by Manitowoc Herald Times Reporter from Jan. 22 to Jan. 24, 2020.
MEMORIAL EVENTS
Jan
27
Calling hours
11:00a.m. - 1:45p.m.
First Lutheran Church
521 North 8th Street, Manitowoc, Wisconsin
Jan
27
Funeral service
2:00p.m.
First Lutheran Church
521 North 8th Street, Manitowoc, Wisconsin
Funeral services provided by:
Jens Family Funeral Home
MEMORIES & CONDOLENCES
Sponsored by Jens Family Funeral Home.
17 Entries
Mark and your entire family, A GREAT and supportive man. All the years he gave personally and business donations along with his time and effort to organizations can never be totally mentioned. I fortunately had the privilege to get to know him many years ago, as you may recall Mark, when you played for the Polar Bears. I umpired those games for many years and I very much do remember the kindness and respect your dad presented. Then there were the many years of my involvement with the March of Dimes Walk-America in which it NEVER would have been as successful as it was without the support of WQTC and WOMT [ meaning, "your dad" ] Knowing that Our Dear Lord has given you and your family many great Blessings and memories, find comfort in knowing that he will live in the hearts of many. Prayers and comfort especially to your mother for their many years together. Todd K. Hermann
Todd K Hermann
January 31, 2020
Jean, Mark and family. Sandi and I often and fondly recall the annual rendezvous's with you and Don at the various WBA gatherings. Sharing stories and laughs that both our families could relate to being in the Radio industry. Blessings to you.
The Bells, Greg & Sandi
Greg Bell
January 29, 2020 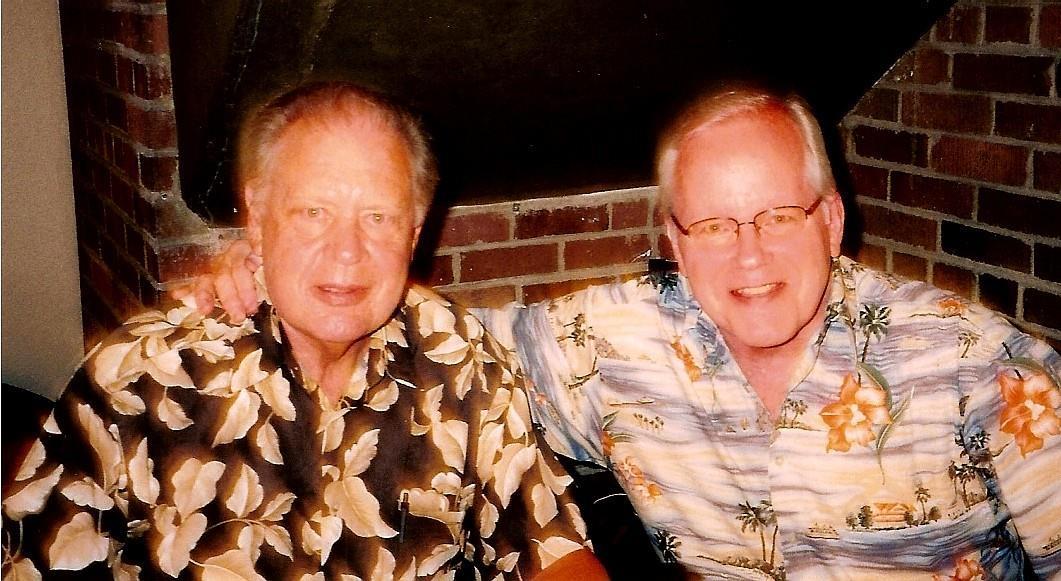 Was shocked and saddened to read of Don's passing in a trade publication today.

We met in early 1974 when he stopped by our
then first station (WKTS, Sheboygan) to say Hi.

A fast friendship developed after that meeting.

Our heartfelt sympathy to Jean, Mark and his
sisters at their loss. Rest in his Peace!
Steve Moravec Phoenix Media Group
January 28, 2020
Dear Jean & family,
We would like to offer our deepest sympathy to all of you. I had the opportunity to work for your Mom & Dad as their cleaning lady, Don always had a funny story to tell. He was always concerned about Jean, & wanted to make sure she had a good day. He was truly a wonderful guy, & will be missed by all who knew him. Sincerely, Linda & Del Benter
Linda Benter
January 28, 2020
My sincere sympathy to the Seehafer family. I got to know Don while working for forty one years at Kurtz's. I always enjoyed waiting on him and also some of his family. He was always very thoughtful and often inquired of my family. He was a pillar of the community. Hope you all have many memories to hold close to your hearts.
ALISON Havel
January 27, 2020
I am much-saddened by the passing of this very fine man, who made this a better community in so many ways. His legacy is significant.

My sincere condolences to the Seehafer families.
Matthew Schliesman
January 27, 2020 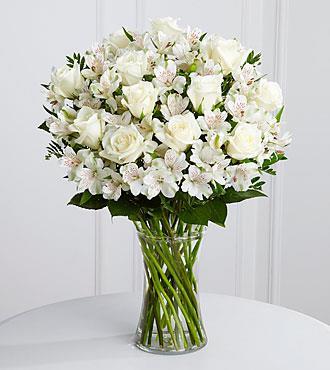 Cari Mclean
January 26, 2020
Our deepest Sympathy and Prayers to the Family of Don. Joe and I had many conversations with him and his wife as we would take or walks. Such a wonderful person and always upbeat about life in general. He will be missed.
Joe and Eunice Hrudka
Joe Hrudka
January 26, 2020
Dear, Jean, Mark and entire Seehafer Family,
We are so very sorry to learn of Don's passing. He was a man of legendary kindness and respect. Whenever our paths crossed we left him saying What a nice guy Don is. May memories of your husband, father, grandfather sustain you in the future.
Dan and Carol Wergin
January 25, 2020
Don will be missed I got to know him when I worked at wayne's house. More then once we got to chat what a nice person. He made me laugh one day when he said how nice wayne was he said you would never know he was a millionaire. LOL Rest in peace Don thanks for treating me so nice every time I ran into you
Ray Anderson
January 24, 2020
We extend our sincere deepest sympathy to Jean and the entire Seehafer family. We were privileged to meet Don personally while exercise walking in the neighborhood many years ago and he became a good friend. Besides being a successful businessman, he was a devoted husband, father and grandfather and treated all he met with the utmost respect and kindness. All who knew him will remember him. The family will long remember all his accomplishments. Wonderful memories will remain in your hearts forever to keep him close to you. We are so very sorry for your loss and pray for strength during this difficult time.
Ron & Marilyn Muench
January 23, 2020
Karen, Sandy and your families,

We were so surprised to have heard of your Dads passing and want to offer our condolences to all of you. As I'm sure you know there are many prayers being offer up on your behalf. God Bless
Louise and Jerry Strharsky
Louise Strharsky
January 23, 2020
Mark, Karen and family, I remember Don as one of the nicest men I ever dealt with. My thoughts are with you at this sad time.
Terry Cloutier
January 23, 2020
Dick SEEHAFER
January 23, 2020
We are saddened to hear of Don's unexpected passing. He will be missed at the Seehafer reunion this summer in Marshfield. Are thoughts and prayers are with Jean and family at this difficult time.
Marlyn and Susie Seehafer
January 23, 2020
My thoughts and prayers are with you all in the loss of Don. He was a kind , fun and generous man . You were truly blessed in this life to have him as a husband, dad and grandfather. Pray your memories help ease your sorrow in this sad time.
Love, Ann
Ann Lalko
January 23, 2020
We will miss him and his friendly smile and wave in our neighborhood.