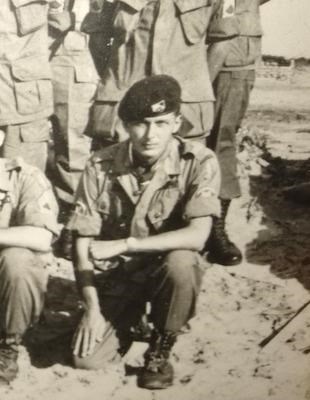 Floyd was born in Two Rivers on January 3, 1943 to Floyd and Inez (Wisniewski) Wiltgen. He attended St. Mark's Catholic School and graduated from Washington High School in Two Rivers. He served with the local National Guard Unit prior to enlisting in the US Army on March 24, 1965. He served with honor and valor in the Viet Nam war in the US Army's Green Beret Special Forces Airborne. Floyd was a three-time recipient of the "Bronze Star" including one for Valor, a three-time recipient of the "Army Commendation Medal" including one for Valor, "The Purple Heart", his unit was a four-time recipient of "The Presidential Unit Citation" amongst numerous other citations he received. After honorable discharge on April 9, 1968 Floyd continued his career in service of the U.S. Government until his retirement.

He was united in marriage to Mary Miriam Uy on January 2nd, 1991 in Two Rivers. The couple was blessed with over thirty years of marriage. Floyd will be remembered as "Mr. Fix-it", a real handy-man who enjoyed fixing old time radios and old cars. He also enjoyed hunting, fishing, reading, cooking, and camping with family and friends.

A memorial service will be held at 4:00 p.m. Saturday, March 13, 2021 at the Deja & Martin Funeral Chapels, 1506 18th Street, Two Rivers. Deacon Tom Tomaszewski will officiate at the service. Cremation has taken place.

Military graveside honors will be accorded at the funeral home immediately following the service by members of the American Legion Post #165 and VFW Post #1248 of Two Rivers.

The family will greet relatives and friends at Deja & Martin Funeral Chapels, Saturday afternoon from 2:30 until 4:00 p.m.

Online condolences may be sent to the family by visiting www.dejamartin.com.