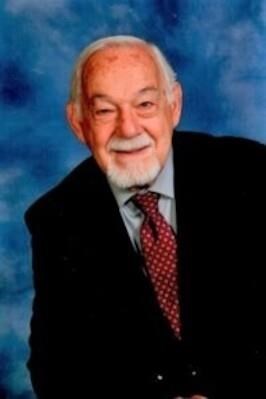 Garth was first and foremost a family man who devoted his time, energy, and example to his children, wife, friends and grandchild.

Born in Two Rivers, Wisconsin on September 29, 1937. He was born the second son of Arthur E. Behrendt and mother Violet Elizabeth Lyons.

Garth went to Washington High School in Two Rivers where he graduated in 1955. An active student, Garth participated in athletics as a member of the basketball, football, and swim teams. He was voted "Most Likely to Succeed" and "Most Popular Boy Student" by his senior class.

The school newspaper and the strength of the written word and the power of storytelling provided a clear path that led to Garth's passion as a journalist, and eventual manager of corporate communications.

Garth joined the Air Force and served as an air traffic control operator in Texas from November 7, 1955 until August 6, 1959.

Returning to his hometown in Wisconsin, Garth worked toward a college degree and met his wife to be, Dianne Wilda. They married in Manitowoc in 1963. They would raise four children together. As a married student, he worked and took classes earning a Bachelor of Science degree in Journalism from the UWM.

In 1978, the family moved to Lansing, Mich. where he became a lifelong member of St. Gerard Parish.

Garth retired from Consumers Power in Lansing and continued to be a loving, supportive husband, father, and grandpa to his grandson, Tommy. Garth loved his wife, all holidays, his dogs, the outdoors, maintaining his yard, flowerbeds, bird feeders, and cheering on his beloved Green Bay Packers.


To plant trees in memory, please visit our Sympathy Store.
Published by Manitowoc Herald Times Reporter from Jul. 20 to Jul. 21, 2021.
MEMORIAL EVENTS
No memorial events are currently scheduled.
To offer your sympathy during this difficult time, you can now have memorial trees planted in a National Forest in memory of your loved one.
Funeral services provided by:
Tiffany Funeral Home
MAKE A DONATION
MEMORIES & CONDOLENCES
Sponsored by Tiffany Funeral Home.
4 Entries
I was deeply sadden to learn of Garth's passing. He was a great guy.
Crary (Rick) Grattan
July 21, 2021
I remember when Garth and Diane came over on their special day and we played and sang the Anniversary Waltz. Garth danced with Diane ! It was so lovely!
Larry and Jo Cooper.
Friend
July 21, 2021
May Garth rest in heaven. I had the pleasure of being a neighbor of Garth and Diane. They were a wonderful and hospitable couple who were a great addition to the neighborhood. I grew to appreciate the Packers, largely because of Garth's influence. The best thing about Garth and Diane is their strong faith in Jesus Christ.
Gary Langdon
Friend
July 20, 2021
Garth was a kind man, a good friend to so many of us and a person with quick wit and wisdom. We enjoyed lots of fun times with him and his loving Wife, Diane. Our heart goes out to you, Diane. We hold you in prayer that Our Lord God will give you comfort and His healing peace.
Larry and Jo Cooper
July 17, 2021
Showing 1 - 4 of 4 results