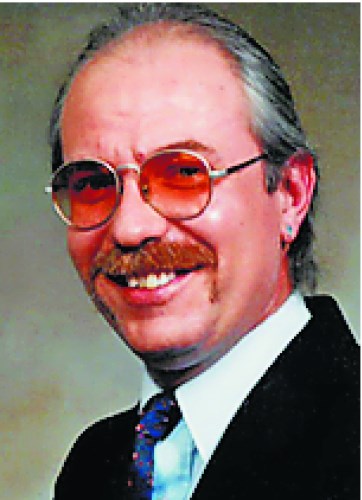 BORN
1953
DIED
May 16, 2021
FUNERAL HOME
Anderson-Bethany Funeral Home and Crematory - Roswell
2609 South Main
Roswell, NM 88203
Frederick 'Few' Walters Jr.
USMC veteran, artist & gardener, husband, father & grandfather
Frederick "Few" Walters Jr., 68, passed away on Monday, May 3, 2021, in his home with his wife by his side in Roswell, New Mexico. Please take a moment and share a kind thought or memory with Frederick's family atwww.andersonbethany.com.
On April 21, 1953, Frederick was born to Frederick Walters, Sr. and Dorothy (Palecko) Walters in Philadelphia, PA. He grew up in the Fishtown neighborhood of Philadelphia, where he attended and graduated from Father Judge High School. After graduation, Frederick joined the United States Marine Corps and served in Okinawa, Japan, in Air Freight Transportation, from 1971-1972. He had an outstanding military career receiving medals, including National Defense Medal, Rifle-Sharpshooters Badge, and Good Conduct Medal.
After his honorable service, Frederick worked for ten years as a machinist and later as a textile artist at the Bluefish Clothing Company from 1994 to 1998. He was an airbrush Artist for Tohickin Glass Eyes.
Frederick was the beloved husband and best friend of Helen Walters, whom he married on August 4, 1989, in Fredericksburg, VA. He was a member of Assumption Catholic Church. Frederick lived part of his life in Philadelphia PA, Milford NJ, Taos NM, Albuquerque NM, and retired in Roswell NM.
Frederick also worked with youth at the Unity Center. He enjoyed working with them; they not only respected Frederick, but they also looked at him as a role model. He also worked at Phat Frames. Frederick enjoyed creating folk art, paintings, placement art, and gardening. He would enter his gardening flower and vegetables on the Eastern New Mexico State Fair list.
Frederick loved sports, especially baseball and football. His favorite teams were the Phillies for baseball and the Eagles for football. He loved his family and took many photographs.
Those left to cherish Frederick's memory are his beloved wife and best friend of 31 years, Helen Marie (Podpora) Walters; children: Caroline Marie Walters of Lambertville, NJ; Trisha Anne (Walters) Logue, son-in-law Randy Logue of Cinnaminson, NJ, Katherine E. (Tallon) O'Callaghan of New Egypt, NJ, Phillip A. Tallon of Bordentown, NJ; grandchildren: Nicole (Logue) and husband Evan Smith, Abigail Logue, Emily Logue, Christian Liguori, Logan O'Callaghan, Isaac O'Callaghan; aunt, Rebecca Manning Walters; close friends: Bob Foran of Philadelphia and Jefferey Nibert of Roswell, NM; two precious cats: Rocky and Lucky; adorable therapy cats; as well as a lovely cockatiel, Fruitie.
Frederick is preceded in death by his parents, Fred Walters, Sr., and Dorothy (Palecko) Walters; and brother, Dennis Walters.
In lieu of flowers, the family request to please send cards and letter to Helen Walters to P.O. BOX 4373, Roswell, NM 88202.
Services for Frederick will be held at the National Cemetery in Santa Fe, NM, at a later date.
"and so, it goes."

Anderson Bethany Funeral Home
2609 S. Main
Roswell, NM 88203
( 575) 622-5888
To plant trees in memory, please visit our Sympathy Store.
Published by The Hunterdon County Democrat on May 16, 2021.
MEMORIAL EVENTS
No memorial events are currently scheduled.
To offer your sympathy during this difficult time, you can now have memorial trees planted in a National Forest in memory of your loved one.
Funeral services provided by:
Anderson-Bethany Funeral Home and Crematory - Roswell
MEMORIES & CONDOLENCES
Sponsored by The Family.
1 Entry
Fred spent a lot of time travelling between the state of New Mexico and his east coast places in Philly and Hunterdon County. He made a lot of friends in many places. He loved meeting new people and having adventures with me, his wife of 32 years. I will miss him dearly, but will go on having adventures with him in my heart.
Helen M Walters
Spouse
May 16, 2021