BORN
1918
DIED
2017
FUNERAL HOME
Potter Funeral Chapel
228 East Main Street
Emmett, ID
Dr. Alberta Dee Hill
October 25, 1918 - March 18, 2017
Dr. Alberta Dee Hill passed away March 18, 2017 at her home in Meridian, after a brief illness, with family at her side.
Funeral services will be conducted at 2:30 pm, Friday, March 31st at the Potter Funeral Chapel, 228 E Main St. Emmett, Idaho. Burial will follow in the Emmett Cemetery. Visitation will be Thursday, March 30th from 4:00 until 7:00 pm. There will be a Memorial and Celebration of her life at 1:00 pm, Saturday, April 8th at The United Church of Moscow, 123 West 1st Street, Moscow, Idaho.
Alberta was born October 25, 1918 to Lora Mackie Hill and John Albert Hill in Payette, Idaho. Her parents homesteaded in Brogan, Oregon where Alberta lived her preschool years. Alberta treasured her early memories of that time. She moved with her family to the Bramwell Community south west of Emmett in 1924 where she started school just before her 6th birthday. Alberta loved school, she was a good student, but also shared many stories of grade school pranks and antics. By the age of 12 years, Alberta had the job of collecting and writing all of the Bramwell Community News for the Messenger Index. Alberta was focused on academics, but also involved in school activities and 4-H. She sewed clothing and had dairy cattle projects. She participated in 4-H activities such as cattle shows and judging teams. She was frequently the only girl. Alberta graduated from Emmett High School in 1935. Alberta graduated from the University of Idaho with a Bachelor of Science in Home Economics Education in 1939. Alberta taught high school Home Economics and Adult Education in both Hailey Idaho and Preston, Idaho. She also coached soft ball with her instruction manual in hand. In April of 1943 Alberta Joined the Women's Army Corp and served until January of 1946 at Fort Benning, Georgia. Alberta received her Masters of Art in Education from Columbia University in New York. She completed her Doctorate in Education from the University of Illinois, Champaign-Urbana. Alberta was an Assistant Professor of Home Economics Education, teaching at The University of North Dakota, The University of Connecticut, Idaho State University, and The University of Illinois from 1947 until 1959. Alberta was Program Specialist, Vocational Division, for the US office of Education in Washington D.C. from 1959 until 1965. Alberta then served as Department Head of the School of Home Economics at Iowa State University until 1969 when she moved back to the northwest and joined the faculty of Washington State University in Pullman, Washington, becoming Dean of the College of Home Economics in 1975. Before and after retirement from WSU Alberta was Senior Technical Advisor for USAID/WSU Eastern Island Project in Indonesia. Alberta continued to work as a consultant through The International Federation of Home Economics for the Ministry of Education and Culture for Sir Arthur Lewis College in St Lucia, West Indies, until 1995. Alberta remained very involved with her profession well into her 90's. Alberta remained on the executive board of IHES until she moved to Emeritus status at the age of 96. Alberta enjoyed extensive international travel throughout her life. She began prior to joining the US Office of Education, cashing in her U of C retirement to do a world tour visiting Europe, India, Pakistan, China and Thailand. She travelled to International meetings in Europe, Scandinavia, Africa and Asia for many years. Alberta travelled to New Zealand and to the Australian outback for her 70th Birthday. Her last International trip was to Switzerland and Slovenia in her 90th year. Alberta was very active in multiple State, Regional, National and International Professional Organizations for 70 years. Alberta received the Distinguished Service Award from the AHEA in 1993. Alberta was also an active Alumna of the University Idaho receiving the Distinguished Alumna Award from the School of Family and Consumer Science in 1977. Alberta was recipient of The University of Idaho Hall of Fame Award in 1988. In 1995 she was awarded an Honorary Doctorate from the University of Idaho in recognition of her national and international leadership in higher education. Alberta gave the same degree of professionalism and energy to The United Church of Moscow, The WSU Common Ministry, The University of Idaho Institute of Christian Education, The Area Agency on Aging and The International Women's Network advisory Council. She also volunteered at the Pullman Regional Hospital until well into her 90's. Alberta was a leader in the science and development of education to strengthen families throughout the world, but her greatest achievements and her most enduring legacy is in the hearts minds of dear friends and those lucky few that knew her as Aunt Berdie.
Alberta is survived by nieces and nephews Albert Lee Draper ( Dee), Nampa, Lois Draper Darnell, Meridian, Dale Draper( Bobbi ), Sunny Vale , Texas, Dean Draper ( Anita), Jackie Williams( Harold), both of Emmett., Cathy Hill Dunkle, Latah, WA, Connie Hill Bruijn (Hans) Nampa; Carin Hill Standley (Bob) Fairbanks, AK, John C. Hill Jr. (Kathy) Emmett, Jody Hill, Emmett, James A. Hill (Helen) Haverhill, MA, 37 great nieces and nephews and many great grand nieces and nephews. As well as all of the children of friends that knew her as "Aunt Berdie". She was preceded in death by her parents, Sister Agnes Draper, Brothers Lester Hill and his wife Leona, and John Carroll Hill and his wife Phyllis.
Thank you to the staff of Meridian Grace Assisted Living, St. Luke's Hospice, and a special thank you to Ciera, Candace, Amanda, Obdulia, Senait and Anna Gail for helping Alberta have a meaningful life and continue to be the teacher of us all to the last.
In lieu of Flowers memorials can be made to the: Alberta D. Hill Scholarship Endowment, University of Idaho Foundation, 875 Perimeter Dr. MS 443147 Moscow, Idaho 83844-3147 / OR The Alberta Hill Academic Excellence Award Endowment, att Julia Christian Washington State University, College of Agriculture , Human and Natural Resource Sciences ( CAHNRS) PO Box 646228 Pullman , WA 99164-6228. /OR the International Home Economics Service Board c/o Dr. Mary Keith, Treasurer PO Box 290183, Tampa, FL 33687

Published by Idaho Press Tribune on Mar. 29, 2017.
To plant trees in memory, please visit the Sympathy Store.
MEMORIAL EVENTS
Mar
30
Visitation
4:00p.m. - 7:00p.m.
ID
Mar
31
Funeral service
2:30p.m.
Potter Funeral Chapel
228 East Main Street, Emmett, ID
Apr
8
Celebration of Life
1:00p.m.
The United Church of Moscow
123 West 1st Street, Moscow, ID
Funeral services provided by:
Potter Funeral Chapel
MAKE A DONATION
MEMORIES & CONDOLENCES
4 Entries
How ironic that my brother and I were just speaking of Alberta yesterday. We admired her sense of adventure. Her travels though out the world and her endeavors to help those who lacked education and to establish programs to help those less fortunate. She was a leader in education throughout the world.
carolyn staker
Family
March 13, 2019 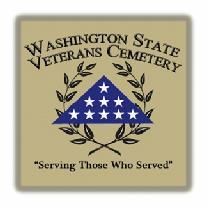 The Washington State Veterans Cemetery extends our deepest sympathies to the family of Dr. Albert D. Hill for your loss. We honor her for the service and sacrifice she made for our nation, she is a true hero.
April 5, 2017
WHAT A LIFE THIS WOMAN HAD, THE THINGS SHE MUST HAVE SEEN, FEW LIKE HER ,MAY SHE FIND A PLACE IN HEAVEN,WITH HER LOVING GOD,YOU ARE BLESSED TO HAVE HAD HER IN YOUR FAMILY. R.I.P. ALBERTA DEE.
March 31, 2017
Alberta had such an impressive career in Education. I always enjoyed listening to her experiences when she would visit with my Mother, Eva Barnes. She had a very meaningful life.
carolyn Staker (Barnes)
March 28, 2017
Showing 1 - 4 of 4 results