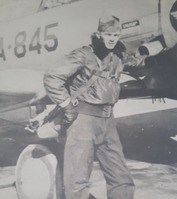 BORN
1931
DIED
2021
Colonel James Eugene Varnadoe Ret.
March 28, 1931 - April 11, 2021
Colonel James Eugene Varnadoe Ret.
Col. Varnadoe (Jim) took command of his last flight on Sunday April 11th, at his home in Nampa, Id. He celebrated his 90th birthday with his family two weeks previous. Jim was proud of all his children and loved all their visits.
During his extraordinary life, he served in Korea and Vietnam as a pilot. Jim flew over thirty different aircraft during his career. From 1958 to 1972 Jim was an essential part of the Tactical Air Command which was tasked with the aerial recovery of deorbited space capsules. This program was the precursor to our space and intelligence programs. His accomplishments are noted in several books about the now declassified Corona Star Catcher program.
Jim was born in San Francisco on March 28, 1931. He was the only child of Alvin (Varney) and Jane (Fowler) Varnadoe and soon after his birth the family settled in Nampa, Id. Jim attended grade school through high school in Nampa where he graduated from Nampa Senior High School in 1949. Jim was an accomplished musician and had his own band with him on trumpet.
Jim attended Idaho State College and, in his sophomore, year was called up to military service. After basic training at Lackland A.F.B. he was assigned to pilot training at Marana A.F.B. AZ. Jim was proud to be the first in his class to pilot the brand-new T-6 single engine aircraft. Jim served in Korea in 1953 as a pilot and was stationed at Ashiya A.F.B., Kyushu Japan where he spent 3 years flying missions to supply our troops in Korea. Jim's next assignment was Edwards A.F.B. with flight test operations where he spent his next 4 years. Jim was then transferred to Hickam A.F.B. HI. Where he volunteered for the 6593rd test squadron. His mission was to catch descending data capsules ejected from satellites by piloting his C-130 25 ft. above the surface of the Pacific Ocean. During this period, as Captain, he was the second and final commander to be credited with a dual recovery by the same pilot of two capsules from a single Corona Satellite. Among numerous other awards, Cap. Varnadoe was cited as being the first mission qualified aircraft commander to complete 100 consecutive aerial recoveries.
Jim married Patricia (Lilly) Varnadoe in 1953. During their marriage they welcomed 5 children who were born during his many different assignments. David and Vickie in Ashiya, Japan. James Jr. and Valerie in Palmdale, Ca. and Debbie in Honolulu, HI.
After Jim's retirement from the Air Force in 1977 he discovered his talent as a woodworker. Jim created amazing works of art from bird feeders to furniture much to the delight of family and friends.
Jim was preceded in death by his first wife Patricia (Lilly), his second wife Jeanette (Constable), his daughter Vickie Erickson and her husband Dennis. Jim is survived by 4 children, David Varnadoe (Pam), James Varnadoe Jr. (Paula), Valerie Compton, and Debbie Palmer (Kevin) and his last love Jeanne Lewis and her family. He also leaves 3 Constable stepchildren K.C (Jan), Cindy Mullins (Tom), Kelly (Diane), 10 grandchildren, and 9 great grandchildren.
The family would like to thank St. Alphonsus Hospice for the many days of care and comfort. Also, to Comfort Quilters.
Those who wish may make memorials to Wounded Warriors, St Jude Children's Hospital and the A.S.P.C.A.
Services will be held at the Idaho State Veterans Cemetery on Monday April 26th at 1:00pm.
WHEELS UP COLONEL 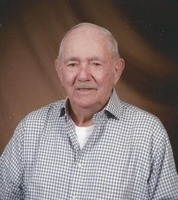 To plant trees in memory, please visit our Sympathy Store.
Published by Idaho Press Tribune on Apr. 20, 2021.
MEMORIAL EVENTS
Apr
26
Service
1:00p.m.
Idaho State Veterans Cemetery
MAKE A DONATION
Please consider a donation as requested by the family.
GUEST BOOK
0 Entries
Be the first to post a memory or condolences.