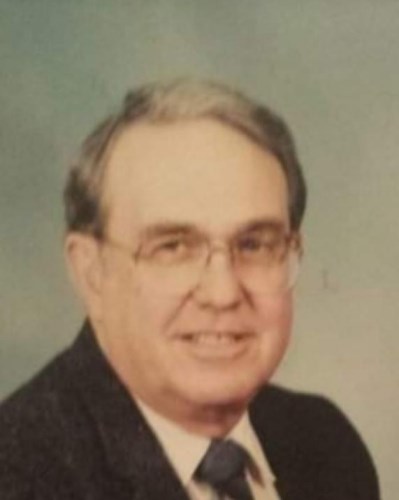 BORN
November 21, 1934
DIED
April 29, 2021
FUNERAL HOME
Dakan Funeral Chapel
504 South Kimball Avenue
Caldwell, ID 83605
Middleton - Howard Alfred Donaldson was born on November 21st, 1934 in Belleville Kansas. He grew up in Belleville on the family farm and graduated from high school there. He then served in the army and was stationed in Germany after the war. After the army he went to college on the GI bill. He attended Kansas State and then went on to Optometric school at Pacific University in Forrest Grove, Oregon.

During school Howard met Kathleen Ward who was attending George Fox University in Newberg Oregon. They married and after school moved to Burley, Idaho in 1962 and established his optometric practice and became a beloved local optometrist.

A few years after moving to Burley they bought a small farm and finished having their kids. Both Howard and Kathy enjoyed having farm animals which included horses, cows, pigs, goats, chickens, dogs and cats. They also grew a large garden and canned almost everything.

Howard enjoyed hunting and was a skilled sportsman. He enjoyed pheasant and deer hunting. He was also an avid camper, taking his family all over Idaho and exploring.

Howard professed Jesus Christ as his Lord and savior and invested his life in ministries and his family. He helped start the Christian Education Building at Minico High School which is still running strong after 45 years. He also helped start a Christian school in Rupert which his girls attended.

Howard was an active member of the business community including the Kiwanis Club and often found himself in leadership roles because of his respected role in the community. After retirement Howard and Kathy moved to Middleton, ID to be closer to their children and grandchildren. When his wife of over 40 years Kathy died, he married Ada Braun in 2000 and enjoyed many years of marriage with her until she passed away in 2019. They enjoyed traveling and winter stays in Yuma Arizona.

Howard enjoyed playing snooker and woodworking. He made his family many family heirlooms. He also enjoyed golfing.

He is also survived by his five children Alfred Donaldson married to Shana Donaldson and children Gabe Donaldson, Laura Drake and Sam Donaldson.

In lieu of flowers memorial donations can be sent to The Rock of Homedale, 15777 Quartz Lane, Wilder, ID 83676.

To plant trees in memory, please visit our Sympathy Store.
Published by Idaho Press Tribune from May 9 to May 10, 2021.
MEMORIAL EVENTS
No memorial events are currently scheduled.
To offer your sympathy during this difficult time, you can now have memorial trees planted in a National Forest in memory of your loved one.
Funeral services provided by:
Dakan Funeral Chapel
MEMORIES & CONDOLENCES
Sponsored by Dakan Funeral Chapel.
2 Entries
We are saddend by the loss of your dad . If theres anything we can do let us know. Love you all.
Bill and Mary Tanner
May 21, 2021
What a wonderful man Howard was. So kind and thoughtful. So friendly. Like his family. He was quality. He will be missed greatly. Thinking of all of you. Love, hugs, prayers Alice and Wayne
Alice Schenk
May 9, 2021