Joan Gayle Stringer of Carlsbad, Calif., peacefully went to God on Oct. 25, 2010, ending her long struggle with cancer.
Born on Jan. 17, 1957, to Roy J. and Margie Kapicka in Inglewood, Calif., Joan was a joyous addition to her parents' family of three boys. The family moved to Caldwell in 1959, where she was raised on their family farm. She attended her early schooling in Caldwell and graduated from Vallivue High School in 1975.
While attending Vallivue, Joan met the love of her life, Steve Stringer. Together they attended Boise State University, where Joan earned her bachelor's degree as an elementary teacher. Steve and Joan were married at St. Paul's Catholic Center in Boise, on Dec. 28, 1979.
Steve and Joan moved to California and began an extremely successful career with the Broadway Department stores where she quickly earned a position as assistant store manager. Joan chose to leave her career to focus as a loving mother of four beautiful daughters.
Joan worked for a time at St. Francis Catholic School in Vista, Calif., daycare to help support her family and be near her children who all attended the school.
During her children's early years, Joan volunteered at the school nurse's office, car pool and was a field trip mom. She was fondly known as the ultimate Girl Scout cookie mom. She also made sure her daughters were grounded in faith, family and giving; all virtues she modeled throughout her life.
Joan was a gift to her cancer support group, the St. Peregrine's Angel Network (SPAN) during the past five years. She was tireless in her ministry to those in treatment, bringing gifts, cards, flowers and meals along with her smile and shining spirit. She did not let anyone in the group whose journey with cancer was ending to go without her company.
One member of the group wrote, "I've often felt that Joan was too good for this earth, and there wasn't much left for God to accomplish in this beautiful soul."
Those who experienced Joan's love and mercies wanted more of her on this earth, of course, but in the short time she was with the group, she ministered and left a legacy of her love and shining spirit.
Joan is survived by her husband, Steve, four beautiful daughters, Margaret, Kathryn, Alexandra, and Emma; siblings, Roy(Chris) Kapicka, Don(Irene) Kapicka, Jim(Debi) Kapicka, and Carolyn(Les)Korn; in-laws, William and Anna Stringer, Larry(Eva) Stringer, Doug(Gail) Stringer, Sandra Stringer, and Denise Stringer, and many, many nieces, nephews, and great nieces and nephews whom she loved very much.
Joan is preceded in death by her parents.
A Holy Mass of the Resurrection will be conducted for Joan at 11 a.m., Saturday, Nov.13, at Holy Apostles Catholic Church (6300 N. Meridian Road, Meridian, ID 83646).
In lieu of flowers, Joan's family would request that donations be made in her memory to St. Francis Catholic Church (525 W. Vista Way, Vista, CA 92083), with designation to the SPAN organization to spiritually support other women afflicted with cancer.
Published by Idaho Press Tribune on Nov. 7, 2010.
To plant trees in memory, please visit the Sympathy Store.
MEMORIAL EVENTS
To offer your sympathy during this difficult time, you can now have memorial trees planted in a National Forest in memory of your loved one.
MAKE A DONATION
MEMORIES & CONDOLENCES
6 Entries
Carolyn and family...
My sympathies to your family on the passing of your sister Joan.

“Perhaps they are not stars, but rather openings in heaven where the love of our lost ones pours through and shines down upon us to let us know they are happy.”
Abby Weeks
November 13, 2010
Steve, and family, I am a friend of Debi and Jim Kapicka, and I am so sorry for your loss. But I know that God will bless you and help you with your griefing. My prayers are with you and your family. Janet Drake (Caldwell, ID)
Janet Drake
November 9, 2010 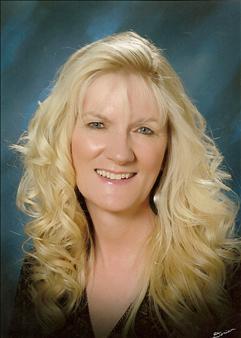 I am so sorry to hear about Joan. I pray for comfort and peace for your family as you enter this new phase of life--a life without Joan's presence.
God hold you all in His hands,
Pattie McKellip-Fowler
November 8, 2010
Steve and Family, So sorry to hear of your loss. My prayers are with you all. My memories of Joan are of her smile and the sparkle in her eyes. She had a way of lighting up a room whenever she walked in. I will cherish my memories of the time we spent together in Band and Drill Team. May God Bless you. Cheryl Muldoon
Cheryl Muldoon
November 8, 2010
Showing 1 - 6 of 6 results