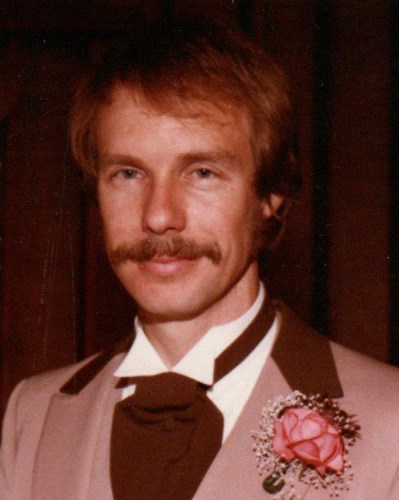 BORN
September 20, 1947
DIED
April 28, 2021
Caldwell - Larry Wayne Johnson passed away peacefully at home on April 28, 2021, at the age of 73, after a long illness due to Parkinson's. He was born to Lyle and Ethel Johnson on September 20, 1947, in Denver, Colorado. Larry was the oldest of three sons and a loving father to three sons of his own. Jared and Travis from his marriage to Patsy Parker and Derek from his second marge to Molly Ernest.

Larry's childhood was spent with his family in Pocatello, ID, where he attended school and graduated from Pocatello High in 1966. Larry then went to Idaho State University where he earned a bachelor's degree in Accounting and was commissioned a Second Lieutenant upon completing ROTC. He then served two years active duty as a Second Lieutenant in the in the US Army, where he was the assistant divisional Financial Management Officer for the First Cavalry Division at Ft. Hood, Texas.

His employment history included Accountant and Office Manager at Treasure Valley Opportunities in Ontario, Oregon from 1975 to 1976. He then became Business Office director at Mercy Medical in Nampa, Idaho 1976 to 1989. Finally, he then moved to Seattle, Washington to work for Swedish Medical Center as the Patient Financial Services Manager from 1989, until his retirement in 2009.

While at Mercy Medical Center, Larry was a respected coach for the Mercy women's softball team. While living in Seattle, Larry became an avid Seattle Seahawks and Mariners fan where he enjoyed attending many games with his son Derek. Larry greatly enjoyed skiing, becoming a National Ski Patrol member while in Pocatello. He also enjoyed biking and, with his sons, attended the hydroplane races every summer in Seattle, during Sea Fair. The family also traveled extensively to many destinations, both in the US and abroad.

Larry is preceded in death by his parents, Lyle and Ethel. He is survived by his wife Molly of 36 years; his sons Jared, Travis, and Derek; two brothers Terry and Melvin; and, grandchildren : Tannis and Travis Jr. Larry was truly loved by many and will be greatly missed by all.

The family would especially like to extend its thanks to the caregivers of Horizon Home Health & Hospice, and Michelle from Havenwood.

Graveside services will be held at Lower Fairview Cemetery, Corner of McMillin and Star Roads, on Saturday , May 15, 2021 at 11AM.

To plant trees in memory, please visit our Sympathy Store.
Published by Idaho Press Tribune from May 9 to May 10, 2021.
MEMORIAL EVENTS
May
15
Graveside service
11:00a.m.
Lower Fairview Cemetery
Corner of McMillin and Star Roads
MEMORIES & CONDOLENCES
0 Entries
Be the first to post a memory or condolences.