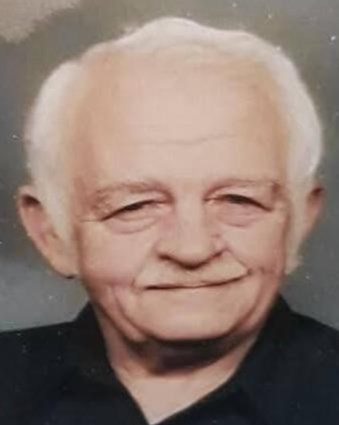 BORN
1929
DIED
2021
FUNERAL HOME
Bowman Funeral Parlor
10254 W Carlton Bay Dr
Garden City, ID
Kuna - Marvin Sheirbon died peacefully on June 2nd, 2021, at the age of 91. He was born on October 26th, 1929, in Clearmont, Missouri, to Stanley and Helen Sheirbon. The family moved to Boise, Idaho in 1937. Marvin attended Boise High School before enlisting in the Navy. He served from July of 1948 to July of 1949 and then was recalled in 1950 at the start of the Korean War. He would serve most of the next three years on an Aircraft Carrier that took him all over the world. When he was discharged in 1953, he returned to Boise and began working as a dental technician.

On February 22, 1964, he married Lillian Holton of Greenleaf, Idaho. The couple settled in Kuna, Idaho to help his parents and to raise their own 3 boys. They were charter members of Meridian Friends Church, which was started in the home of Marvin's parents in 1963.

Marvin worked for 40 years, most of those years at Boise Dental Lab, where he crafted dentures. During that time, he never took a sick day and only received one week of vacation a year. In his spare time, he loved to fish and often took his family on camping trips. Family was very important to Marvin. In February of 1997 Marvin retired after suffering a stroke.

The family would like to express their appreciation to the VA, First Choice Home Health and Hospice and The Orchards of Cascadia skilled nursing home for their care in Marvin's last days.

There will be a private graveside with military honors at the Kuna Cemetery. A memorial service will be held at 11:00 am, Friday, June 18, 2021, at Meridian Friends Church, 1021 W. Pine Ave., Meridian. In lieu of flowers, donations may be made to Love Inc., Meridian Friends Church, or a favorite charity.
To plant trees in memory, please visit our Sympathy Store.
Published by Idaho Press Tribune from Jun. 13 to Jun. 14, 2021.
MEMORIAL EVENTS
Jun
18
Memorial service
11:00a.m.
Meridian Friends Church
1021 W. Pine Ave., Meridian, ID
Funeral services provided by:
Bowman Funeral Parlor
MAKE A DONATION
Please consider a donation as requested by the family.
MEMORIES & CONDOLENCES
Sponsored by Bowman Funeral Parlor.
0 Entries
Be the first to post a memory or condolences.