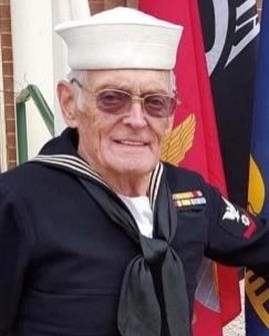 BORN
1927
DIED
2021
FUNERAL HOME
Dakan Funeral Chapel
504 South Kimball Avenue
Caldwell, ID
Caldwell - Mervin Carl Sattler (94) of Caldwell, Idaho passed away peacefully in his sleep on September 19, 2021. Merv was preceded in death by his beloved wife, Betty Jane Sattler, and many other family members and dear friends. Merv was born to Carl Henry Sattler and Ella Cox Sattler on July 11, 1927 in Presho, South Dakota. He was the second of four children, including his older brother, Melvin LeRoy, and his younger sisters, Eileen Myrtle and Ila Fae. Merv attended grade school in South Dakota and after the family moved to Casper, Wyoming, Merv graduated from Natrona County High School in 1945. In August 1945, Merv joined the US Naval Reserves and proudly served his country during World War II, in the Pacific Theatre on the USS Norton Sound (sea plane tender) until September 1946. Upon his return to Caldwell, he worked at Canyon Motors and in the summer of 1948, he opened Merv's Auto Electric on 12th and Chicago. Following his marriage in 1947 to Loretta Reed, Merv was blessed with two daughters, Deborah Lou and Cindy Rae. In August 1950, Merv was once again called to serve his country during the Korean War on the USS Karin (supply ship) until August 1951. Upon his return to Caldwell, Merv worked with his father at Sattler Auto Electric on 5th Street. In March of 1959, Merv and his father built a new shop at the old Town Pump location on Arthur Street. Following the death of his father, Merv took over the business and successfully operated it until his retirement in 1989. On September 12, 1958, Merv wed the love of his life, Betty Jane Foreman, and they were blissfully married for 54 years until her passing in July 2013. Merv and Betty were blessed through the adoption of two children, Ricki Ken (1962) and Carla Marie (1965). Merv was very active in the business community and was a long-standing member (since 1954) and Past Master (1961) of Mt. Moriah Lodge #39 in Caldwell. He was also a member of Toastmasters from 1965 to 1967. Merv served as the Associate Guardian to Job's Daughters Bethel #38 during the 1980s. Merv dedicated his life to Jesus Christ in 1965 and attended Caldwell Christian Church until his passing. Merv was a patriot to the core and passionately loved his country, his family, his friends and his God. He was a wonderful husband, father, and a great friend and mentor to many. He humbly served his church and community and frequently donated his time and skill to repair vehicles for the church and other religious organizations. He lived his faith by example and would frequently stop to help stranded motorists and when they offered to pay, he would say, "Just go to church on Sunday and thank the good Lord for your blessings." Merv is survived by his children, Deb Weeks (Emmett), Cindy Finn (Lewiston), Rick Sattler (Boise), and Carla Sattler (Caldwell). He is also survived by many grandchildren, great-grandchildren, nieces, and nephews. A visitation will be held at Dakan Funeral Chapel, Wednesday, on October 13th from 5 to 7 p.m. A Celebration of Life service will be held at Caldwell Christian Church on Saturday, October 16th at 1:00 p.m. Interment with full military honors will occur at Idaho State Veterans Cemetery (Boise) on Thursday, October 14th at 1:00 p.m. In lieu of flowers, please consider donating to one of Merv's favorite charities, including the Christian Children's Ranch (Boise), Intermountain Christian Camp (Fairfield), Intermountain Church Planters Association (Boise), Mission Aviation Fellowship (Nampa) or Disabled American Veterans (DAV). Condolences may be shared with the family at www.dakanfuneralchapel.com