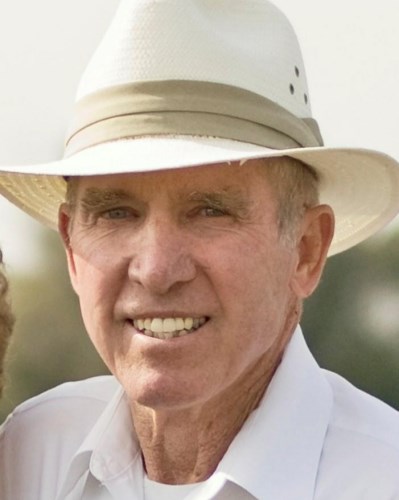 BORN
1935
DIED
2021
FUNERAL HOME
Nampa Funeral Home
415 12th Avenue South
Nampa, ID
Bruneau and Nampa - Robert Charles Black, age 86, of Bruneau ID, passed away September 26, 2021, in Nampa, Idaho. Rosary will begin at 10:30 am before Mass. The Funeral Mass will be held at Saint Paul's Catholic Church in Nampa on October 4th at 11 am. Graveside service is at the Bruneau Cemetery at 2:30 pm. All are invited to the Legion Hall for a meal afterward.

Robert (Bob) was born; January 24, 1935, in Boise to Albert and Bonnie Black. Bob grew up in Bruneau and graduated from Bruneau High School in 1953. Bob left Bruneau to join the US Army. Upon returning to Owyhee County, Bob met the love of his life, Linda Arnold of Murphy. They were married in 1961. Bob and Linda began ranching in Owyhee County. They raised three children along with cattle, and tons of alfalfa. Bob was also the Fire Chief in Bruneau for several years. In 2001 Bob and Linda retired and moved to Nampa where they have many wonderful friends.

Bob was always a Gentleman; loved his family dearly, had a strong faith in God, and enjoyed attending Mass at Saint Paul's Catholic Church where Bob and Linda were married. They celebrated their 60th wedding anniversary this year. Bob is survived; by his wife Linda, three children Kevin (Christy) of Nampa, Judy Kneolk (Martin) of Grangeville, Kenny (Lori) of Langford, South Dakota, eleven Grandchildren, sister-in-law Margaret, numerous nieces, and nephews all of whom he loved very much. Bob is preceded in death by his parents and his four siblings; Joseph, Asa (Marilyn), Virginia (Clarence Miller), and Doug.

The family thanks Harbor Assisted Living for the kind and loving care. Memorial donations may be made to the Bruneau QRU, Bruneau Fire Dept. or American Legion Post #83. No flowers please.

Arrangements are under the direction of the Nampa Funeral Home Yraguen Chapel where an online guest book is available at www.nampafuneralhome.com