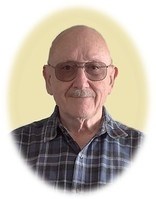 BORN
1943
DIED
2019
FUNERAL HOME
Alsip & Person's Funeral Chapel
404 Tenth Avenue South
Nampa, ID
Vincent M. Andrade
December 22, 1943 - February 22, 2019
Vincent M. Andrade, 75, of Caldwell, Idaho, passed away on February 22, 2019 surrounded by his loving family. Vince was born at Stanford Hospital in Palo Alto, California, a descendant of a pioneer family who have been ranchers in the area since the 1870's. He enlisted in the U.S. Marine Corps and had multiple tours of duty in the US, Japan, Vietnam (Helicopter Corps and was the recipient of several Air Medals) and then in Europe. Due to his strong language skills, he was assigned to the State Department at the U.S. NATO Mission in Brussels, Belgium where he met his future wife, Fran. Following his service at NATO, he was assigned to the Strategic Arms Limitation Talks (SALT 1) in Finland and then Austria. After his SALT 1 service, he was promoted to the American Embassy in Reykjavik, Iceland. Vince and Fran were married at the American Embassy in Reykjavik. He was then transferred to the Tustin and El Toro Marine Corps Air Stations in Southern California. They made their life in California where he continued to serve in the military, then in private industry, culminating as Transportation Manager of a large school district in the Bay Area. They then retired to "God's Country," the Treasure Valley-Nampa, and Caldwell, Idaho.
Vince is survived by his wife, Fran; sisters-in-law, Jeannette Gavin-Rotter, Gail Covney, and Sara Andrade; niece, Trisha Bartylla; nephews, Christopher and Kevin Covney and Ryan Bartylla; grandnephew, Tristan Bartylla; brothers-in-law, John Rotter and Michael Covney and many cousins.
Services will be held at Karcher Church of the Nazarene Family Life Center, 2515 West Karcher Road, Nampa, ID on Saturday, March 2, 2019 at 3:00 pm.
To sign Vince's online guestbook or to share memories, please visit www.alsippersons.com. Services are under the direction and care of Alsip and Persons Funeral Chapel, 404 10th Avenue South, Nampa, ID 83651.

Published by Idaho Press Tribune on Feb. 28, 2019.
To plant trees in memory, please visit the Sympathy Store.
MEMORIAL EVENTS
Mar
2
Service
3:00p.m.
Karcher Church of the Nazarene Family Life Center
2515 West Karcher Road, Nampa, ID
Funeral services provided by:
Alsip & Person's Funeral Chapel
MAKE A DONATION
MEMORIES & CONDOLENCES
Sponsored by Alsip & Person's Funeral Chapel.
3 Entries
Hi Fran, I'm Ed Covney, your brother-in-law Mike's brother. Although my wife Linda and I never met you, I know we have shared many life's experiences. I would have very much enjoyed Vince's Marine Corps stories (I was Navy) if they wouldn't have bored you.
As time passes, may you continue to feel comforted by Vince's memories and the love and support of family and friends. We'll keep you in our thoughts and prayers.
Ed Covney
March 14, 2019

Dear Fran, this is Larry and Cindy Williams from the jewelry store. We were so sorry to hear about Vinces passing. We always enjoyed helping you at our store. We also like to talk politics with both of you. unfortunately Larry had back surgery last Tuesday and is not very mobile right now so we will not be able to attend Vince's funeral. One of the things we miss the most about our store is good customers like you that we could call our friends. Our thoughts and prayers are with you during this difficult time Fran. Love Larry and Cindy
Larry and Cindy Williams
March 2, 2019
Vincent Andrade
March 2, 2019
Showing 1 - 3 of 3 results