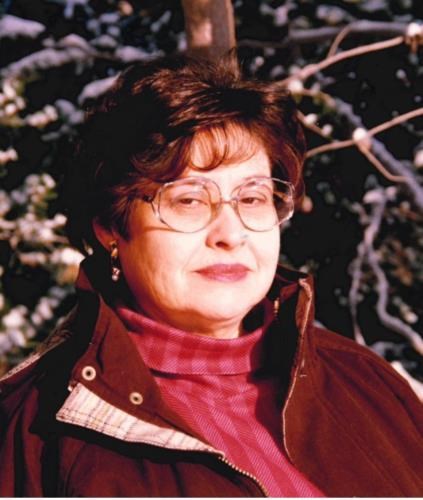 BORN
1941
DIED
September 8, 2019
FUNERAL HOME
Wilks Funeral Home
211 West Chubbuck Road
Chubbuck, ID 83202
On September 8, the universe shed a tear as the bright spark that was Andrea Davis became a shooting star. She will always be remembered as an awesome wife and fabulous mother who adored her friends and family. She never met a stranger whether it was a neighbor or a fellow bargain-seeking shopper.

Andrea's life began in Ogallala, Nebraska where she was the oldest child of Martin and Charlotte Chicoine. She attended the University of Nebraska and left to marry the man of her dreams, Gene Davis. She continued her grand adventure as a banking and real estate professional. She and Gene travelled the world, enjoyed great food, and were exceptional, if not quirky, parents. None of this was achieved without a great sense of style and exuberance. She lived life the same way she fashioned her wardrobe with energy, flair, and panache.

Among her many achievements, Andrea was past president of the local PEO chapter CF and past president of the Idaho State University Women's Club. She was a master points bridge player who took no prisoners. She was a staunch supporter of women's athletics and made a major contribution to the ISU women's soccer team. Her boundless generosity is evidenced by becoming a fairy godmother to a child she never met.

In spite of a continuing battle with heart disease, she was always up for a shopping trip and a pair of new shoes. Her children, grandchildren and great-grandchildren were the beneficiaries of her boundless energy and joie de vive! Her motto was "ain't misbehavin'" even though she always was.

Andrea is survived by her husband, Gene Davis; her children Charles (Elizabeth), Christopher and Charise (Pam) Davis; her brother, Joel and Patty Chicoine; her grandchildren, Ian (Margery), Christian, Aynsley, Hope, Lark and Willow; and her great grandchildren Brandon, Dandon, Charlotte and Oliver. They will miss her dearly and remember her fondly every time they see the world sparkle.

A Celebration of Her Life will be held at a later date, those details will be forthcoming.

Memories and condolences may be shared with her family online at wilksfuneralhome.com.

To plant trees in memory, please visit our Sympathy Store.
Published by Idaho State Journal on Sep. 15, 2019.
MEMORIAL EVENTS
No memorial events are currently scheduled.
To offer your sympathy during this difficult time, you can now have memorial trees planted in a National Forest in memory of your loved one.
Funeral services provided by:
Wilks Funeral Home
MEMORIES & CONDOLENCES
Sponsored by Wilks Funeral Home.
1 Entry
Thinking about you and how I miss your laughter.
Cathy
September 17, 2019