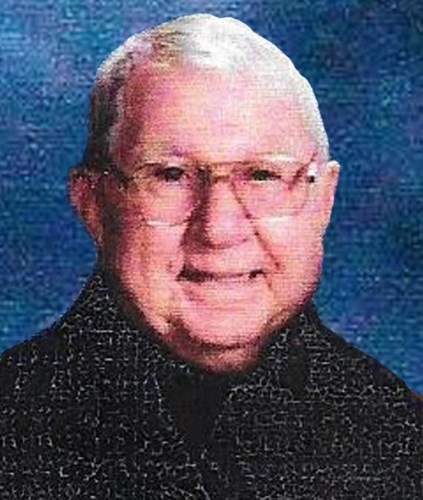 He was born April 13, 1932 in Wall Lake, Iowa, to Anton and Theresa Fix. Tony had one brother (Raymond) and four sisters (Ceilia, Katheryn, Margaret and Florence).

Tony always had a strong work ethic, and began his career in the carpentry trade working with his father at the age of 14. He also loved music throughout his life beginning with his participation in a 1500-voice choir in Des Moines, Iowa in November 1949 until his 70's where he participated in chuch choir. He graduated from Wall Lake High School in 1950.

On June 6, 1952, he enlisted in the Navy and served in the Korean War. He served aboard the destroyer USS Taussig as a Torpedoman's Mate 1st class Petty Officer, experiencing combat. After his time at sea, Tony was selected to the Advanced Undersea Weapons School. He was honorably discharged in 1960.

After his time in the Navy, Tony returned home, where he then married his first wife, Delores and lived in Ida Grove, Iowa. The started a family having three children (Craig, Nancy and Jean). After the service, and until 1969 he worked for several local businesses in Ida Grove. In 1969, Tony relocated his family to Mesa, Arizona and worked for Motorola Semiconductor Division (now, ON Semiconductor).

In 1983 we went to work for Micron Technology in Boise (he was employee #259).Tony worked tirelessly helping to ensure Micron survived those early years of the company. His energy earned him the nick name 'Turbo Tony'. While in Boise he met Joann Siefert, who became his wife in 1990.

After a long and successful career, he retired from Micron in 1995. In 2005 Tony and Joann moved from Boise to Pocatello where they lived ever since. Before and during Tony's retirement he enjoyed fishing, golf, home projects, gardening and travel.

He was a member of Holy Spirit Catholic Community in Pocatello, the American Legion and the Disabled Veterans of America.

Masks will be required for the services. A funeral mass will be held on Wednesday, October 20, 2021, at 10:30 am at the Holy Spirit Catholic Community Church, 524 N. 7th Ave. Pocatello, ID 83201. Graveside services, with Navy Military Honors, will follow at Mountain View Cemetery, 1520 S. 5th Ave. Pocatello, ID.

Memories and condolences may be shared with the family online at www.wilksfuneralhome.com.