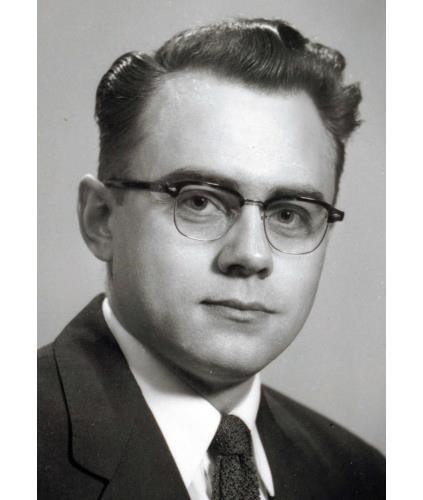 BORN
1927
DIED
May 24, 2020
Dr. Joseph John Pavek (92) died from age related causes and a broken heart on May 24, 2020. He lost the love of his life, Sylvia, just 50 days earlier and after 62 years of marriage. Joe (Jr) was born into the farming family of Emma and Joseph Pavek on Oct. 3, 1927 near Waubun, Minnesota. Joe and his five brothers, Stanley (d), Adelbert (d), Robert (d), Edmund and Ronald (d), were the third generation raised on the farm. Joe left the farm for the US Navy and served during the Korean, specializing in radar on submarines and aircraft carriers (1946-49. Joe obtained BS (Ag Ed) and MS (Plant Genetics) degrees from the U of Minnesota in 1954 and 1963. He graduated with a PhD in Plant Genetics from U of Wisconsin in 1965.

Joe married Sylvia Schramske on June 15, 1957. In 1965 they moved west to potato country when Joe accepted a job with the USDA-ARS as a Research Geneticist. They resided in American Falls, ID until moving to Boise in 2018. Sylvia worked as a Registered Nurse until 1995; Joe retired in 1999. In addition to working and raising a family, Joe served on the American Falls School board and St Mary's Parish counsel. Joe is survived by his seven children: Mary Pavek, Diane Pavek, Kathleen Hoffman, Susan Pavek (Shayne Aytes), Julie Hill (Darrel), Mark Pavek (Pamela), and Jane Pavek-Link (Robert), and 7 grandchildren and 4 great grandchildren.

Joe was a longtime friend of potato farmers and industry serving as a potato breeder for the USDA at the Univ. of Idaho Res & Ext Center in Aberdeen, ID, working for 34 years (1965-1999). Joe developed new potato varieties with colleagues. Five of the top ten US potato varieties were created by Joe (Ranger Russet, Umatilla Russet, Alturas, Bannock Russet and Clearwater Russet) and were grown on more than 300,000 acres in 2019. His varieties are used throughout the world. Approximately half the french fries consumed in the US come from varieties Joe created. Joe was a dedicated member of the Potato Association of American (PAA) and served in many roles, including President in 1987-88. He was inducted into the Idaho Potato Hall of Fame in 2000.

To brighten the world, Joe bred and created new iris varieties as a hobby. He loved the challenge of creating and enhancing traits, whether potatoes or flowers. His irises are popular with many and are grown across the US. Joe was a jack of all trades and could fix anything. In anticipation of watching Bugs Bunny in color, his naive children were excited when the old black and white tv broke down. Their excitement ended abruptly when Joe said, "I can fix this." Joe often pushed the mechanical boundaries of their station wagon by navigating the family through the Rocky Mountains in pursuit of the great outdoors. He taught the kids to pitch a tent (family size requiring synchronous raising of poles), build a fire, and fish. Joe made sure they knew how to thread worms and grasshoppers on sharp hooks and to properly land and clean their catch.

Joe tirelessly pursued cutthroat and rainbow trout, searching out where fish would lie in the cold Idaho streams and craftily casting a fly he had tied. Joe, Sylvia, and the kids walked many a mile in the aspen stands looking for morels, shaggy manes, and puffball mushrooms to fry up. With colleagues, he searched high and low for undocumented wild potato species in the US.

Upon cleaning out Joe's bookcases, his family was reminded of the breadth and depth of his curious mind. His interests were far ranging beyond science into the realms of literature, history, religion, and philosophy. Joe was well known for his story telling about times growing up in northern Minnesota when they plowed with horses and milked cows in subzero weather during the wee hours of the morning. He also shared adventures as he traveled the world with the Navy. Joe enjoyed reading sonorous poems like The Cremation of Sam McGee at the dinner table. If a word came up that the kids didn't know, someone was sent for Webster's dictionary. Joe spoke fluent Czech, enabling him to communicate with his grandmother.

Joe passed away in May when his irises were blooming and potatoes emerging. Each time you see the beauty of an iris or eat potatoes, please think of Joe and appreciate how he contributed to a brighter and tastier world.

A celebration of Joe's and Sylvia's lives is planned for August 15 in Eastern Idaho. Celebration of life updates and an online memorial can be found at: joseph-john-pavek.forevermissed.com. Funeral visitation will be Thurs June 11 between 2-3 pm at St Mark's Catholic Church, 7960 W Northview St, Boise, followed by a funeral Mass for both Joseph and Sylvia at 3-4 pm. For updates or questions, please email Mark Pavek at [email protected] Cards may be sent to Jane Pavek-Link at 2045 E Lamar Ct, Boise, ID 83712. Joe would ask that you do an unexpected and unsolicited act of kindness for someone in need. You may also donate to the Alzheimer's Association (https://act.alz.org), Power County Senior Center, American Falls, ID, or a charity of your choice in his name. 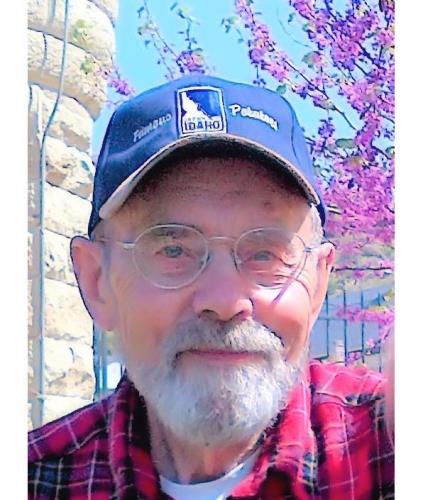 To plant trees in memory, please visit our Sympathy Store.
Published by Idaho State Journal on May 31, 2020.
MEMORIAL EVENTS
Jun
11
Visitation
2:00p.m. - 3:00p.m.
St Mark's Catholic Church
7960 W Northview St, Boise, Idaho
Jun
11
Funeral Mass
3:00p.m. - 4:00p.m.
St Mark's Catholic Church
7960 W Northview St, Boise, Idaho
Aug
15
Celebration of Life
Funeral services provided by:
Accent Funeral Home
MAKE A DONATION
Please consider a donation as requested by the family.
GUEST BOOK
Sponsored by Accent Funeral Home.
5 Entries
Wishing the family comfort and blessings as they miss this wonderful man. We carpooled to work in 1974. He was always kind and good.
Judy Roberts Eliasen Adams
June 4, 2020
My condolences to the family . May you find comfort in your treasured memories
Gods promise to return our loved ones . 1st Thessalonians 4 : 13 & 14 .
June 2, 2020
As the days and weeks pass, and as you return to life's routine, may you continue to feel comforted by the love and support of family and friends. 2nd Corthinians 1:4
D T
June 2, 2020
I worked with Dr. Pavek not only as his aide (for a short time- harvesting his potatoes in the green house) but as the secretary at the U of I Res. Ctr in Aberdeen. He was always nice to me and was a joy to be around. He was one of the best Dr. to work for there. So sorry to hear of his passing. My condolences to the family. The world lost an awesome man.
Karen Slaugh
Coworker
May 31, 2020
My deepest condoleances ... on behalf of World Potato Congres.
Romain Cools
President/CEO
Romain Cools
Significant Other
May 31, 2020