FUNERAL HOME
Wilks Funeral Home
211 West Chubbuck Road
Chubbuck, ID
Lori Packard
10-15-1952 - 01-25-2015
Lori Kay Densley Packard was born in Murray, Utah on October 15, 1952 to Richard LaVern Densley and Lydia Ann Jenkins. She was baptized a member of the Church of Jesus Christ of Latter Day Saints in 1960, the faith to which she strongly adhered her entire life. She grew up in Midvale, Utah where she graduated from Hillcrest High School in 1971. She attended Southern Utah State College in Cedar City, Utah beginning in 1971. She graduated in 1975 with a Bachelor of Arts Degree in Family Life and Child Development. She was married to her college sweetheart, Ric Packard, on December 13, 1974 in the LDS Salt Lake Temple. She moved with her husband to Vancouver, Washington in August of 1975, where she lived and raised 4 children until 2001. She owned and operated Teddy Bear Children's Center in Vancouver from 1992 to 2003.
In 2001 the family moved to Oak Harbor, Washington. Lori was the director of the YMCA Before and After School Programs from 2004 to 2007. In 2007 Lori and Ric moved to Snohomish County to help care for their two young grandchildren. While there, she worked on the Tulalip Indian Reservation as an educational aide at Tulalip Elementary. She also worked as an aide and a volunteer at her grandchildren's school. In 2011, Lori began the fulltime job of caring for her husband who was battling Leukemia.
Ric and Lori moved to Pocatello, ID in the spring of 2014 to be closer to their children and grandchildren. She quickly became involved with children once again, working regularly as a much loved volunteer in Mrs. Johnson's kindergarten class at Gate City Elementary.
Throughout the years, Lori served in various church callings, the most rewarding of which were with children and young women. She was known throughout the communities and wards she lived in for her service, especially to young mothers and children. She enjoyed reading fantasy and romantic drama. Most of all she enjoyed spending time with her children and grandchildren.
Lori is preceded in death by her parents, Dick and Lydia Densley; her brother Richard Densley; her sister Dorothy Prince; her father-in-law Don Packard; her infant children Joseph and Thomas; and her daughter Emily Dade.
She is survived by her husband, Ric Packard; her children and their spouses, Amanda and Cory Bennett, Maggie and Jacob Liljenquist, Andrew and Joni Packard, and Gary Dade; 10 beautiful grandchildren; her sisters, Karen Densley, LaNita Brinkerhoff, and Colleen Densley; and many beloved nieces, nephews, brothers in-law, and sisters in-law.
Funeral services will be held at the Pocatello, ID LDS chapel, 2300 Butte Street, Pocatello, ID at 11:00 am on Saturday, January 31. Internment and grave dedication to immediately follow at Mountain View Cemetery.
Donations can be made in Lori's name to the Bannock Youth Foundation Family Resource Center, 403 N. Hayes St., Pocatello, ID 83204. Condolences may be sent to the family at www.wilksfuneralhome.com.

Published by Idaho State Journal from Jan. 27 to Jan. 30, 2015.
To plant trees in memory, please visit the Sympathy Store.
MEMORIAL EVENTS
To offer your sympathy during this difficult time, you can now have memorial trees planted in a National Forest in memory of your loved one.
Funeral services provided by:
Wilks Funeral Home
MAKE A DONATION
MEMORIES & CONDOLENCES
21 Entries
Our prayers and love go to all of the Packard family at this time. Heavenly Father will keep you close to Him in this time.
Rosemary and Ron Fryer
February 10, 2015
We both send our heartfelt condolences to the Packard family! What a wonderful legacy of love and faith Lori has left for her posterity. We hope the special memories will bring you peace and comfort!
Mark and Lisa Christensen
February 5, 2015
Andrew, having just lost my mom, I know the heartfelt pain. Know that we will never forget our Moms. You and your family are in my prayers. My deepest condolences. Sending VitaminH! With love,
Phyllis McDonald
February 4, 2015
Such a positive , loving influence for each of our children. Fondest memories warm our hearts. We'll keep you in our prayers Ric and family. With love, The Swangers
M. Swanger
February 4, 2015
Your family has been in my heart and on my mind since I heard about Lori being ill. I have so many fond memories of your family and the role each of you played in my life. I pray for peace in your hearts and smiles on your faces when you think of the memories you shared.
All my love,
Lyzz Wells
Lyzz Wells (Smith)
February 2, 2015
My deepest, heartfelt condolences on this earthly loss of Lori. Lori cared for me when I was a newborn baby in 1979, through when I about 6 years old. She was a shining light in my life and made an indelible impact on who I am today. So much love for this wonderful, warm, special person.
Melissa Heywood
February 1, 2015
We were sorry to hear about the death of Lori. I know she will be missed by many. I enjoyed being her visiting teacher so many years ago.
Margy & Alden Harper
February 1, 2015
Dear Ric & Family,
Your family holds such a sacred place in our hearts and we send our love and heart felt condolences your way. We are saddened by your loss but know that there will be a joyful reunion in the eternities. The beauty of the gospel is knowing that marriage is not for this life only but because of temple vows, it is forever. May your family be comforted by the Lord at this time.
Terry & Barbara Fowler
January 31, 2015
We have loving memories of Lori and all of your family. Many lives have been touched by her and she will be missed. We have thought of and prayed for your family through your many trials. We love you all.
Terry and Mike Bonewell
Terry and Mike Bonewell
January 31, 2015
Ric and family, my deepest sympathy on Lori's passing. We have enjoyed having you as our new neighbors on Sunrise and will miss Lori. I pray your hearts heal quickly and remain filled with wonderful memories. God Bless. Jeff Brandt
Jeff
January 31, 2015
Thinking of Your Family during this difficult time,May You find strength and and comfort in God,s Love. Romans:15:13.
January 31, 2015
Ric & Family -
I was saddened to hear about Lori's passing!
My children attended Teddy Bear from 1992-1995 & as I look back those were the most enjoyable years for my children as well as myself while they were in attendance!
Lori had a wonderful gift that not to many people have, she genuinely loved & cared for all the children in her care throughout the years & had such wonderful patience, lots of patience!
My thoughts & prayers go out to you & your family!
Mary Liddle
January 31, 2015
Ric,
I am so sorry for your lose. I have thought of your family often and what a wonderful example you and Lori have always been. God bless, Sanndy (Packer) Jorgensen
January 30, 2015
We will be thinking of the Packard family all day tomorrow. I have a brain full of memories of Lori and all of you.
Accept our condolences.
Sarah Athauy
January 30, 2015
Dear Ric and family,
Just want you to know our thoughts have been with you this week. You are such wonderful people and we have often wondered why your trials have been hard!
Love,
Ben and Judy Hines
January 30, 2015
Ric,

How well I remember your beautiful family. Lori's photo is exactly how I remember her, vital and loving everyone she met. It was my privilege to have been considered her friend.
Love to you and your family, John Paget,Vancouver
John Paget
January 30, 2015
We wish we could be with you at this time. Our thoughts and prayers are with all of you. We are so blessed to call Lori our friend. Everywhere she went, she left others better. Isn't that the purpose of life? She lived it well.
Cliff & Sallie Nielson
January 30, 2015
There is so much to celebrate in Lori's life. She lived the Gospel. We are with you, Ric, in spirit.
Karen and Terry Nelson
January 29, 2015
Dearest Ric, and Lori's family, I just today put Lori's # as a reference for a job here in Wa, and when I called to talk to her - she didn't have the same number so I was looking for her new number on Google and found this. I am so , so very sorry and feel deeply impacted to hear of her passing, as she was my Mentor and the best boss I have ever had in my life- She did so much for my Son and I - being a single divorced Mom-when I knew her as her employee at Teddy Bear Preschool in Van, helped us move, always gave me advice - turned into a close personal friend and as we both moved up to the Anacortes , Wa area, we saw eachother a few times, and meant to get together more often, and I think of her often in my day to day life. She was the best boss anybody could ever have and one of the best women I have ever, ever known. I know she will be bery sorely missed by so many, many people and I feel privelaged to have known her and been able to call her my friend. I am so saddened by her going, but know she wouldn't want us to be sad, just celebrate the woman that she was and her life and her spectacular sense of humor - I left my phone number with your funeral home - If someone could call me sometime, when you are ready? ,it would be nice to talk with her immediate fam- My love and heart going out to all her family , Love and hugs! Gretl Blickenstaff and Ezekiel- Burlington , Wa
gretl blickenstaff
January 29, 2015 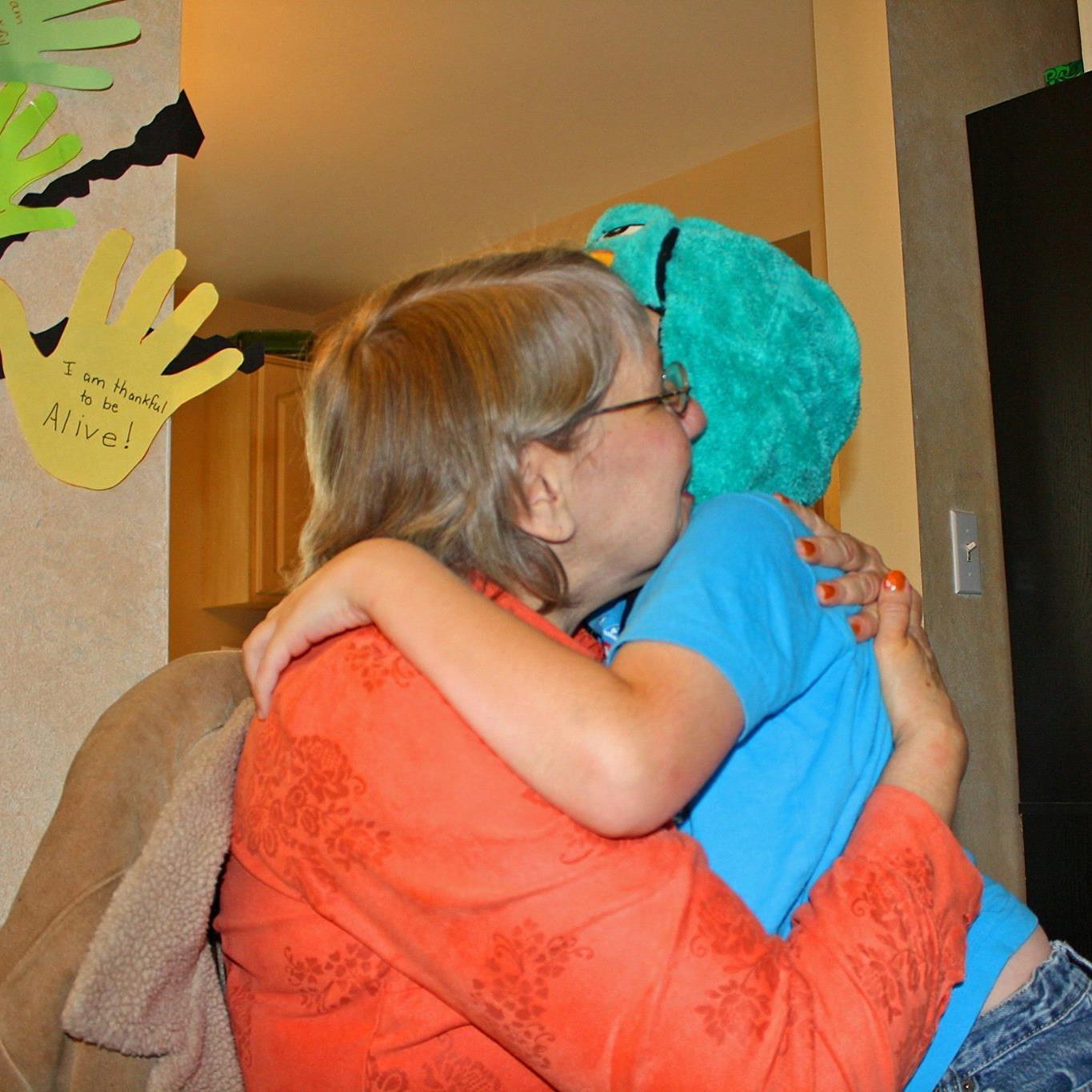 Ric and family...again we honor Lori and rejoice in having been part of her life. Love the Curtis Family.
Mark Curtis
January 28, 2015
My condolences to you for your loss. Barbara
January 27, 2015
Showing 1 - 21 of 21 results