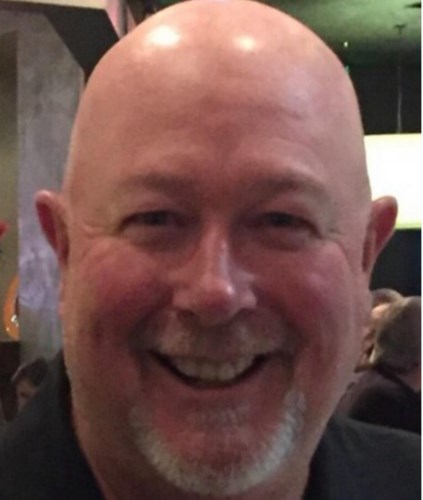 Russell Alan Yowell was born February 10, 1956 to Don Dean Yowell and Twila Turner Yowell. He grew up in Pocatello, ID in a close-knit family.

He excelled in sports during his school years and made many friends, who became like family for the rest of his life. Russ had a beautiful bass voice and a huge appreciation of music. He was choir president and a member of the Gate City Singers at Pocatello High School where he graduated in 1974.

Russ was an ambitious man. He worked several jobs after High School but the job that would change his life forever was when he went to work for Boise Cascade, where he met the love of his love, Cori Lewis.

Russ and Cori were married in Las Vegas, NV on June 25, 1979. They were blessed with two sons, Casey and Chad. He coached them both in many sports and later coached his grandson Kayden. Russ loved them all and was so proud of them. He also loved being able to spend time with them throwing horseshoes and bowling.

He devoted 35 years of his life working for Ferguson Plumbing Supply, where in true Russ fashion, he built a "family" of friends and co-workers.

If you met Russ, you loved him. He loved family, friends, people in general, he loved his big dogs like they were his children, the outdoors and life. He had an infectious laugh and a smile that could turn your day around. He will be greatly missed.

There will be a memorial horseshoe tournament in Winnemucca at a date to be announced. A celebration of life will be held in Pocatello, ID at a later date.
To plant trees in memory, please visit our Sympathy Store.
Published by Idaho State Journal on May 2, 2021.
MEMORIAL EVENTS
No memorial events are currently scheduled.
To offer your sympathy during this difficult time, you can now have memorial trees planted in a National Forest in memory of your loved one.
Funeral services provided by:
Wilks Funeral Home
MEMORIES & CONDOLENCES
Sponsored by Wilks Funeral Home.
7 Entries
Heart healing hugs and prayers to the family. I loved Russ and his whole family in Winnemucca. Spent many a day visiting with them at horse shoe games and tournaments. He will truly be missed.
Kathi Mann Taylor
May 6, 2021
Russell had the most beautiful voice and warmest smile. He was someone every person loved. Big tall guy, with big tall heart. So very sorry for family and friends.
Joan Hansen
May 6, 2021
I lived across the street from Russ and his family. I was one year younger. Russ was the only boy in the neighborhood that looked out for me and didnt give me a hard time because I was a girl in a neighborhood of mostly boys! I didn't get to know him as an adult as I moved to Alaska at sixteen but he has always been one if my fondest memories. May your memories help sustain you in this time of grief.
LeeAnn Dickson
May 6, 2021
Cori you are in our thoughts every day. We are here for you always.
Steve and Denise Walker
May 5, 2021
Russell was a dear friend and I'm so fortunate to have grown up with him in my teenage years. So many of us will miss you. You were much to young to go......
Sharon Ryan (Johansen)
May 5, 2021

Russ will be sorely missed. I can´t tell you all the times Kayden came home beaming with new stories of something new his grandpa Russ had taught him. Weather it was driving the Bronco or cooking pancakes it meant the World to that little boy. He coached his baseball and stepped up to be a great influence that he will always remember . He will be greatly missed.
Debi and Skeeter Morris
May 5, 2021
We all must smile bigger and laugh more to make up the deficit the world will feel with this loss.
Debra Turner
May 3, 2021