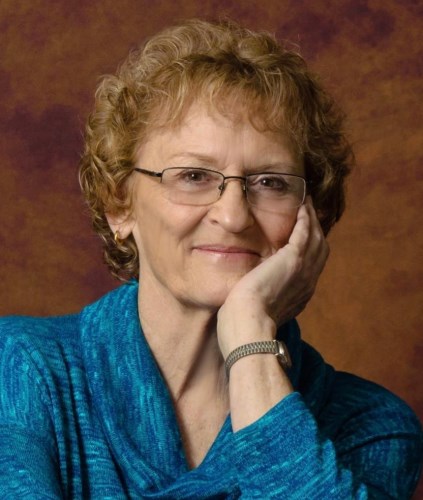 BORN
1939
DIED
April 8, 2021
Sharon Robinson was born in Pocatello, ID on December 28, 1939 to Otis and Flora Byrd. She was the youngest of four daughters, her sisters being LaRue, Marlene, and Marilyn. Her father was a barber and her mother was a school teacher and she always spoke of them with great pride.

She attended Pocatello High School and, later, business school where she learned the skills she would use in her life-long career at the telephone company, a career she often said she loved. She retired in 1992.

She married Robert Bateman and they were later divorced. She married Alden (Al) Robinson who passed in 1991. She had three children, Nolan, Larry (Nikki) and Christopher (Shanna).

Sharon had many passions, but those who knew her well knew that the Utah Jazz basketball team was high on her list. She had a Jazz shrine, complete with Jazz wizards and beanie bears, set up by the community television where you could find her on game night. Game night, at her home was an event accompanied by bowls of popcorn, puzzles, M&M's, Diet Coke and many of her friends and neighbors. There were never so many Jazz fans present that a space could not be carved out for Baxter, Henry, and TJ, her beloved dogs. Sharon cherished her dogs and was the best pet owner of all time.

Sharon's final passion, and her most important, was her faith in God. She lived her faith and cherished her relationship with God.

She was preceded in death by her parents, her son Nolan, her sisters, Marlene and Marilyn, and her husband Al.

She is survived by her sister LaRue, her children Larry and Chris, and her four grandchildren: Nicole, Megan, Camryn and Dexter.

Memories and condolences may be left with the family at www.wilksfuneralhome.com