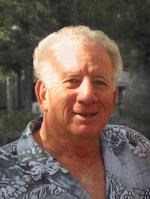 Gene Albert Bellon
March 8, 2019,
On Friday, March 8, 2019, Gene Albert Bellon, loving husband and father of three children, passed away peacefully at the age of 91 surrounded by family.
Gene was born to parents Joe and Mae Bellon, on October 2, 1927, in Scottsbluff Nebraska. Gene graduated from Nyssa High School and received a degree in Business from Idaho State University in Pocatello in 1952. He served in the United States Navy in 1945.
Married just short of 70 years to Paula Bernice Harrington, his childhood sweetheart and the love of his life, who survives him. In August of 1949 they had a double wedding with Paula's twin sister Pam who married Chuck Urban. Gene is also survived by his sister Joann and his three sons Randy and wife Carol, Dave and wife Marsha, and Jerry and wife Colleen, as well as a host of grandchildren and great-grandchildren. Gene was predeceased by parents Joe and Mae Bellon, and brothers Jerry and Larry Lee Bellon.
After graduation from college and newly married, Gene and Paula along with their newborn son moved to southern California where Gene went to work for Butler Brothers retail stores. Spending many years in retail management he then went to work for his eldest son at Bowman Mfg. Co. in Arlington, Washington, where he helped to launch a new product line of Glove dispensers for the healthcare industry. To this day the company has flourished due to a large part of his success in developing key customers and markets. Gene truly loved business and worked up until he was 80 years old. Gene was a memorable man truly a good guy. He lived life to the fullest and lived in the present, seeming younger than his actual age. He valued his family and friendships. He made time for his friends and always had a helping hand for others. He especially enjoyed his many fishing trips to Canada with his three sons, a special highlight on a few of those trips was flying in a float plane with his eldest sons' father in law. Additionally, he enjoyed playing golf and tennis over the years.
A family memorial service will be held later this year. The family requests that people make donations to Dementia Society of America - PO Box 600 - Doylestown, PA 18901, in lieu of sending flowers."
To plant trees in memory, please visit our Sympathy Store.
Published by Idaho Statesman on Mar. 17, 2019.
MEMORIAL EVENTS
No memorial events are currently scheduled.
To offer your sympathy during this difficult time, you can now have memorial trees planted in a National Forest in memory of your loved one.
MEMORIES & CONDOLENCES
Sponsored by The Idaho Statesman.
6 Entries
I have an old zippo lighter with the name gene Bellon with A G free mason logo. My mother, Lisa McKinley got it from my dad or her husband Patrick McKinleys grand father Preston Vick (I never met him) (and I never met gene Bellon) I’m not looking for money for the lighter my address is 3213, Meadow Veiw, Avenue, Bowling Green KY 42101 If you want the lighter you can pick it or you can g mail me your address and it will come by mail my grandfathers last name is Russell btw and my middle name is Russell. I probably don’t even relate to gene but I have his ole zippo lighter pls g mail me if you have an questions or concerns
Alex Mckinley
Grand Parent
September 7, 2020
Sincere condolences to the family for your loss. May God comfort you during this difficult time. Psalms 143:3
March 19, 2019
Randy , Carol, ,,
Such heartbreaking news of Your fathers passing..
I'm forever great-full of working alongside your father, yourself and the wonderful crews st Bowman Mfg...
Such a fair and kindest of men... I think of you all often...
Bless you All..
jim arrabito
March 18, 2019
I truly sorry for your loss. I hope you can find comfort in drawing close to God and pouring out your heart to him. Psalm 142:2,5
A.B
March 18, 2019
I am so sorry for your loss. Remember that the God of Comfort cares for you. 1 Peter 5:6,7
March 16, 2019
My sincere condolences to the family and friends. May the God of all consolation give you comfort hope and peace during this time of sorrow. Jeremiah 29:11,12
AS
March 14, 2019
Showing 1 - 6 of 6 results