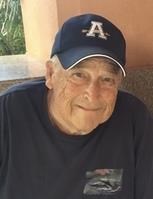 BORN
1937
DIED
2019
FUNERAL HOME
Alden-Waggoner Funeral Chapel
5400 W. Fairview Avenue
Boise, ID
Jerry Lee Caven
1937 - 2019
Jerry Lee Caven, 82, of Eagle, died peacefully in his sleep at home on Friday morning, May 24, 2019 and went to be with his Lord and Savior, Jesus Christ.
Jerry was born January 4, 1937, in Sun Valley, California, the son of Robert and Daisy (Miller) Caven. He married the love of his life, Muriel Joan Parsons on September 6, 1958, in Nampa, Idaho. Jerry and Muriel have 5 children, 15 grandchildren and 2 great grandchildren.
Jerry grew up in Portland, Oregon, graduating from Franklin High School. After high school, he attended Northwest Nazarene University where he graduated in 1959 with a degree in Biology and a minor in Education.
Jerry taught in Oregon for 3 years after graduating from college. He and Muriel then moved their family to Boise and Jerry began teaching math and science for the next 3 years at Hillside Junior High School. He also enjoyed coaching various sports. In 1965, Jerry answered an advertisement in the local newspaper looking to better financially support his growing family. McDonalds Restaurant Corporation was searching for someone to own and operate its failing restaurant in Boise. After some deliberation, Ray Croc decided to take a chance on Jerry and gave him the failing Orchard Road restaurant. He then went to McDonalds University in Chicago for 2 weeks and quickly made his new restaurant profitable. He acquired 4 more McDonalds Restaurants over the next few years. This was the beginning of a remarkable business career. Jerry created the Royal Fork Buffet Restaurants, in 1967. After the first restaurant was built, there were 58 to follow. He also founded the American Bank of Commerce and The Idaho Banking Company. He was also heavily involved in the real estate market throughout his life. Jerry's favorite business endeavor was farming and ranching in Fairfield, Idaho.
In 1997, Jerry and Muriel had a calling to serve and share the gospel of Christ internationally. This led them to India and Bangladesh, as well as to other parts of the world.
In 2017, Northwest Nazarene University conferred the degree of Doctor of Humane Letters on Jerry in recognition of his service to the Lord and to his community. He and Muriel gave generously to their community and around the world.
Jerry and Muriel enjoyed traveling the world together. He loved watching his children and grandchildren play sports, excel at their musical instruments, sing and ride horses. Jerry was also able to take many fun hunting and fishing trips with his family and friends. He was an avid fan of Boise State football for many years.
His family will remember him for his great determination to create, develop and share the gifts and talents given to him by God and the passion to do so until the very end of his life.
Jerry has left a legacy of service to his family and to God. He is a treasured husband, father, grandfather, great grandfather and friend.
Survivors include his wife of 60 years, Muriel (Parsons), his 5 children, Jay (Valerie), Gina Thompson, Michael (Lisa), Steven (Becky), Geri Colleen Bottles (Mark), his 14 greatly loved grandchildren Robert (Berkley), Ryan, Mark (Amy), Christine Geeding (Ben), Jacob, Jenna Henscheid (Ian), John, Anne, Lauren, Rachel, Julia, Jason, Julee and Caroline, and his great grandchildren Emma and Henry.
He was preceded in death by his parents, Robert and Daisy Caven and his grandson Steven Thompson.
He was deeply loved and will be greatly missed.
The family would like to thank Harrison's Hope and MultiCare Home Health.
Memorials may be given to Precept Ministries Int'l – 7324 Noah Reid Road, Chattanooga, TN 37421, or Bethesda Ministries Orphanage and Training Center in India via The Jerry and Muriel Caven Foundation - 760 E King St, Suite 105, Meridian, ID 83642.
A memorial service will be held at 10:00 a.m., Thursday, May 30, 2019 at Valley Shepherd Church of the Nazarene, 150 W. Maestra St, Meridian. Private burial services will take place at Dry Creek Cemetery.

Published by Idaho Statesman on May 29, 2019.
To plant trees in memory, please visit the Sympathy Store.
MEMORIAL EVENTS
May
30
Memorial service
10:00a.m.
Valley Shepherd Church of the Nazarene
150 W. Maestra St, Meridian, ID
Funeral services provided by:
Alden-Waggoner Funeral Chapel
MAKE A DONATION
MEMORIES & CONDOLENCES
Sponsored by The Idaho Statesman.
4 Entries
Our thoughts and prayers go out to the Caven family during this time of loss! We are so thankful for the knowledge that he is rejoicing with his Lord! --Dwight and Marita
Dwight and Marita Douglas
June 9, 2019
God Bless the Caven Family during this time of their great loss.
Love and Prayers, Jerry and Camille Harris and John and Connie Clark Families
May 29, 2019 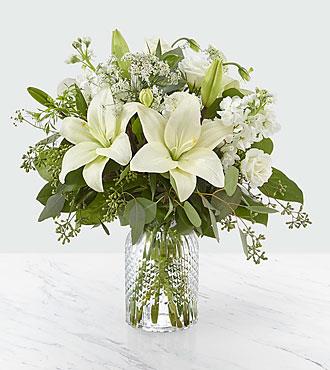