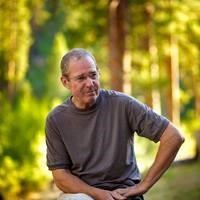 BORN
1951
DIED
2018
FUNERAL HOME
Cloverdale Funeral Home
1200 North Cloverdale Road
Boise, ID
Kenneth Eugene Stoltz
1951 - 2018
Kenneth Eugene Stoltz (Ken), age 67, passed away peacefully on Wednesday, June 13th, 2018, surrounded by his family at home after a two-year battle with brain cancer. He was born on February 11th, 1951, in Pasadena, California - the second of seven children.
Ken spent his college years trying out not one, but seven, different colleges before he found his favorite – traveling the world on Chapman World Campus Afloat. He had so much fun exploring the world that he forgot to study and left that school on academic probation. Ken eventually earned his Bachelor's degree in English from Northern Arizona University.
At NAU, it was love at first sight when Ken first laid eyes on Terry Ronan. They were married not long after they met at the young ages of 20 (Terry) and 22 (Ken). They moved to Idaho in 1978, and Ken started his first advertising agency in Pocatello, that later expanded to Boise. By the 1990s, Steele, Stoltz & Associates had grown into the largest agency in the state. In 1997, Ken opened his second company, Stoltz Marketing Group, and built a company that gave him immense personal satisfaction, as well as a large roster of clients and employees that became dear friends.
Ken was an avid fly fisherman, a phenomenal skier, a voracious reader, a talented business man, and the life of every party, but above all else, he was a family man. He took his family on so many trips of a lifetime – from camping in the Sawtooth Mountains to sailing in the Sea of Cortez to Little Dix Bay in Virgin Gorda, and beyond. He was thrilled to become a grandpa in 2014 and welcomed five grandkids over the last four years. Ken was happiest fly-fishing on a river or the saltwater flats with his tightknit group of fishing buddies. He continued to go to work almost every day throughout his two-year illness, and even seemed to forget that he had always hated Mondays.
Ken leaves behind his wife of nearly 45 years Terry; his son Brian and daughter-in-law Claire and their children Griffin and Mac; his daughter Jaime and son-in-law Anthony and their children Camille and Hailey; and his daughter Ashley and son-in-law Joe and their son Teddy; and many, many great friends, nieces, nephews, cousins, and siblings.
The family would like to send a special thank you to the large team of doctors and nurses at St. Luke's that did everything possible to extend Ken's time on this earth and provided such great and compassionate care. This team includes Dr. Steven Smith, Dr. Edward Duckworth, Dr. Norm Zuckerman, Shayna, and Danny. He was also treated by a fantastic team at UCSF led by Dr. Jennie Taylor and Dr. Edward Chang. We are so grateful to you all.
A private family service will be held on Sunday, June 24th. Following the service, please join us for a celebration of his life at Crane Creek Country Club from 3pm-6pm. In lieu of flowers, please consider making a donation in Ken's name to the American Brain Tumor Association.
Published by Idaho Statesman on Jun. 17, 2018.
To plant trees in memory, please visit the Sympathy Store.
MEMORIAL EVENTS
Jun
24
Celebration of Life
3:00p.m. - 6:00p.m.
Crane Creek Country Club
ID
Funeral services provided by:
Cloverdale Funeral Home
MAKE A DONATION
MEMORIES & CONDOLENCES
Sponsored by The Idaho Statesman.
9 Entries
Terry and family...
You are in my thoughts and prayers and I wish you the
power of God's love during this time of sorrow.
Nancy Thomas
June 26, 2018
Ken, was a sweet man I enjoyed his sense of humor and kindness. Sending prayers to his family.
Cathleen Aikman
June 19, 2018
The loss if a loved one is never easy. We pray that God will surround you with comfort and a peace that surpasses our understanding. He will be with you in the days and weeks to come.
Reynold and Sue Sacquitne
June 18, 2018
To family you are not alone during this time of sorrow and pain. May God give your family strength and comfort to help you endure this loss. As you remember your beloved one, the God of peace give you comfort and peace in every way. May you find Strength from the love and care that surrounds you and comfort in the memories that you shared. Please accept my sincere condolences
2. Thessalonians 3:16
Wanda S.
June 18, 2018
We are so sorry about the passing of Ken. He was a wonderful man and will be greatly missed. May time fill your hearts with wonderful memories. Our love to Terry and family.
Todd and Charlene Burt
Charlene Burt
June 17, 2018
May your hearts soon be filled with wonderful memories of joyful times together as you celebrate a life well lived.
June 17, 2018
We send thoughts from Iowa to Ken's family. Our sincere sympathy and prayers to Terry and the rest of the Stoltz crew. We enjoyed meeting Ken and feel we know him via our visits and correspondence from Terry. Hugs to all.
Ruth and Ken Procter
June 16, 2018
Terry & family,
Just heard about the death of your husband/father. I am so sorry for your terrible loss....he sounded like a truly phenomenal person. Warm thoughts and prayers. Take care.
Marie Hastings-Tolsma
June 16, 2018
We are deeply saddened to learn of Ken's passing. Ken was a true friend, mentor and gentleman to me over the many years I worked with him (from my Simplot years) and the Stoltz Agency team. I will always remember Ken's smile and gentle persuasiveness whether in the office working through a new product launch or on the river with a fly rod in hand. Be at peace my friend and fish heavens rivers with gusto. You will be missed!
Mike Fein
Friend
June 15, 2018
Showing 1 - 9 of 9 results