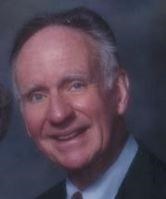 BORN
1925
DIED
2021
Ralph G. Peinecke
September 23, 1925 - April 8, 2021
Meridian, Idaho - Ralph G. Peinecke passed peacefully in his home at 95 from natural causes April 8, 2021. He was born September 23, 1925 to Lena C. and Albert J. Peinecke in Teaneck, NJ.
Ralph dearly loved his family, and enjoyed the great outdoors and nature, music, and reading good history books. Early life was family oriented. Ralph and his two older brothers spent wonderful days outdoors fly fishing and grouse hunting with their father, experiences that influenced his future career choice in forestry. Ralph played clarinet at Teaneck High School in an excellent music program and performed by invitation with the Town House Orchestra in New York City leading to a lifelong appreciation of music.
Ralph said during his first 20 years there were 3 epic events: The Great Depression, WWII, and the dawn of the Atomic Age. He enlisted in the U.S. Army Air Force in 1943 at 17 with an interest in aviation, and was assigned as a B-17 radio operator and gunner, then to a B-29 in the Pacific. He continued as a radio operator on transport planes with a promotion by competitive examination to 2nd Lieutenant in 1949, remaining in the reserves until resigning as Captain in 1964. In 2006 Ralph visited WA DC and the WWII Memorial to honor those who served to preserve our country's freedom.
Following active duty, Ralph attended Michigan State University graduating with a B.S. in Forestry with honors in 1951 and as a member of the Xi Sigma Pi National Forestry Honorary Society. On campus he was a Resident Assistant and elected President of his dorm and the men's inter-dormitory council. Most importantly, he met Wilma Jean (Jeannie) Geppelt who was a dietician for his dorm after earning a degree at University of Kansas, and they married in 1950 in Tulsa, OK. Love lasted a lifetime, with their 70th anniversary celebrated in 2020.
Ralph's dream of living in the Pacific NW became reality when he joined Simpson Timber in Shelton, WA. in 1951. His career spanned 36 years where he pioneered particleboard, had increased responsibility in manufacturing and management, becoming a Region Manager and then VP of Timberlands for Boise Cascade managing 7 million acres of timberland in the U.S. and Canada for a Fortune 500 company before retiring in 1987. Ralph was recognized by The Society of American Foresters and the American Forestry Association for his professional expertise and for distinguished assistance in forest conservation for current and future generations. Ralph was always active in his community serving his church, Boy and Girl Scouts, Elks, Rotary, homeowner associations, and other organizations. He instilled those values in his children who carry his legacy forward.
Upon retirement, Ralph and Jeannie traveled across the U.S. and through much of the world. They enjoyed their vacation home in Sun Valley spending time fly fishing, hiking, cross-country skiing, biking, and attending events; a favorite of which was the Summer Symphony.
Ralph is survived by his beloved wife Jeannie, and dearly loved their children Dale (Nancy Louise) Peinecke, Nancy Lee Peinecke, and Linda (Michael) Roberson, and grandchildren Lisa (Dave) Rudduck, Nicholas (Brandi) Peinecke, Amanda Roberson (Kevin Lupp), and Jonathan Roberson.
Ralph's service, values, and work ethic were an inspiration to all. He was a man of many and varied talents that was as comfortable wood working, drafting building plans, river rafting, canoeing, or camping as he was designing patios and decks installed at the Sun Valley condo complex. Most of all he loved his family. We are deeply grateful for the life lessons he taught us, his interest and help in everything we have done, and his kindness. It is an honor to celebrate his remarkable well lived life.
The family has elected to have a private service in Sun Valley, Idaho. The family requests in lieu of flowers donations be considered in Ralph's honor to a veteran's organization.

To plant trees in memory, please visit our Sympathy Store.
Published by Idaho Statesman on May 2, 2021.
MEMORIAL EVENTS
No memorial events are currently scheduled.
To offer your sympathy during this difficult time, you can now have memorial trees planted in a National Forest in memory of your loved one.
MEMORIES & CONDOLENCES
Sponsored by The Idaho Statesman.
2 Entries
Dale... my condolences on the death of your father. Sharon Barnes Kinghorn
Sharon A Kinghorn
Acquaintance
May 3, 2021
I rarely had the pleasure of in person visits with my Uncle Ralph and Aunt Jeannie, only due to traveling distances; yet the occasions where we could chat were memorable. I will forever recall his deep voice and unique ‘twang’. Ralph never met a stranger. He exemplified his faith and family values. Reading this article reminded me of all his accomplishments, none the lesser of raising my three adult cousins. God took in a winner at those Pearly Gates! God, to Your love, we trust our prayers .