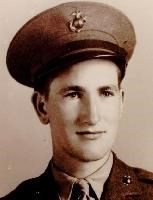 Tony,Sonia,Daniel & Michael Moreno
February 11, 2018
Your father, grandfather, etc. was a proud Basque as am I and it was so interesting to read that he was from Mountain Home and had done so much for the Basque Center in Boise. My father, also, came to this country to herd sheep and my grandfather ran a boarding house in Twin Falls. We go to the Basque Festival in Boise every 5 years. So many memories....your Dad was a great role model. I am 85; my husband died 6 years ago. I have 3 children all in their 60's now. God bless you all. Virginia Urquidi Baksh.
February 10, 2018
Dear Kristi, Mike and family,
We are so very sorry to hear about your dad and will always remember him as a soft-spoken, smiling, proud dad holding little Kristi's hand walking down Cole Street to Whitman School. His love for Shirley, Mike and Kristi was beyond words. We were so fortunate to have had this strong warrior touch our lives. We love your family and know that his memory will surround you forever. He was a rare gift to all who knew him. I know that God has a special place for him to run and swim forever.
Donna and Phil Scott
Phil and Donna Scott
February 10, 2018
May the promise of seeing your loved one again bring you comfort and hope ~ John 11:24, 25
Gabriela Cameron
February 6, 2018
My deepest condolences for your loss. May you find comfort in the fulfillment of Gods promise to bind up the brokenhearte (Isaiah 61:3,4)
February 6, 2018
Having such wonderful memories will help you in this time of sorrow. keep praying for comfort and it will be granted to you.
February 6, 2018
May the God of all comfort strengthen the family during this time of deep sorrow. Those who pass on, God keeps in his memory because they are precious in his eyes. My sincerest condolences. (Psalms 116:15)
S H
February 6, 2018
To all whom Rudolph touched. God wants you to know He remembers people who have died, and it was never His purpose for man to die. John c5 : 28, 29. C M
February 6, 2018
My condolences to the family. May the wonderful memories of your loved one comfort you until God's promises are fulfilled. Matthew 5:5
February 6, 2018
Showing 1 - 12 of 12 results