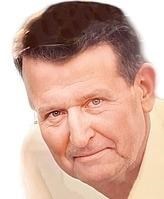 BORN
1925
DIED
2021
FUNERAL HOME
Thomason Funeral Home
221 East Court Street
Weiser, ID
Walter Lyle Miner
April 4, 1925 - April 21, 2021
Meridian, Idaho - Walter Lyle Miner passed away peacefully on April 21st, 2021, in Meridian, ID, at the age of 96. Lyle, as he was most commonly known, was born on April 4th, 1925, in Pierre, South Dakota, to Ida and Harry Miner. The family moved to Nyssa, Oregon, in 1932, where Lyle spent the rest of his childhood.
Lyle graduated from Nyssa High School in May of 1943, where he stayed active in band, football, and basketball. Following his high school graduation, Lyle was drafted into the United States Navy in June of 1943. He proudly served his country during World War II aboard a destroyer tender, the U.S.S. Piedmont. During his time aboard the naval repair ship, he served as a Second-Class Radarman and Radioman. He was honorably discharged from the military on March 23rd, 1946, and stayed in touch with his shipmates throughout his life.
After the war, Lyle attended Oregon State University in Corvallis from 1946 to 1948, studying Electrical Engineering. While working in the field as an electrical lineman, he discovered that was not the career he wanted. He later moved back home to Nyssa, where he met and fell in love with Lois Rae Ure.
Lyle and Lois were married on September 3rd, 1949, and remained together for over 71 years until Lyle's passing. Together, they had two children. Their son Larry Elton Miner was born January 13th, 1952, followed by their daughter Lori Ann Miner Leseberg, on January 30th, 1958. Lyle was a loving father and devoted husband who spent a lot of his time with his family supporting them in their various activities.
Shortly after his marriage to Lois, Lyle attended barber school to follow in his father's footsteps. He later worked alongside his father Harry at the family barbershop on Main Street in Nyssa, Oregon. Eventually, he took over the business, where he worked happily for 57 years until he was 82 years young. Few people love their job as much as Lyle loved being a barber. He always loved the fact that he could walk to and from work every day, say hello to his neighbors, and smell what they were having for breakfast on the way to work and their dinner on his way home.
Lyle's personality and sense of humor came alive at the barbershop, where he was very talkative with his numerous patrons. There he would catch up with his friends and on the local news. As a barber, he gave hundreds of haircuts over the years, but perhaps the most special were those he gave to his own children, and later the first haircuts he gave to his grandchildren and great-grandchildren.
Outside of work, Lyle was active in his community, volunteering for many organizations. He served as a volunteer fireman for 32 years with the Nyssa Fire Department and was a longstanding mason. In his downtime, he enjoyed hunting and was an avid golfer, regularly found at the golf course in Ontario, where he made his first hole in one. He and Lois enjoyed many years as members of the community bridge club, made up of the couple's former classmates and lifelong friends.
In his final months, he came to know many caretakers who immediately fell in love with his gentle spirit and easy-going nature. They frequently expressed their affection for him, made sure that he knew how handsome he was, and felt blessed to have come to know him. It was not uncommon for Lyle to have this effect on everyone with whom he crossed paths, and for those who loved him most in life, his presence will forever be missed.
Lyle is survived by his loving wife, Lois, their son, Larry Miner (Lil Miner), and many family members, including his four grandchildren, Doug Ableman (Annie Ableman), Drew Ableman (Kacey Ableman), Tiffany Miner (Homer Hubbell) and Cameron Mayne. In addition, Lyle is survived by his six great-grandchildren, Kaylee Capener Ableman, Kaleb Ableman, Spencer Ableman, Max Ableman, Eli Ableman, and Mariella Ruth Hubbell.
Sadly, his daughter, Lori Miner Leseberg, passed away on August 4th, 2015, whom he deeply missed. Lori was very close to her father, and the two would be overjoyed to be together once more. A graveside service for Lyle will be held at the Hilltop Memorial Cemetery in Nyssa, Oregon, on Monday, May 10th at 1:00 pm.
In lieu of flowers, the family asks that memorial contributions be made to the Nyssa Fire Department, Nyssa Chamber of Commerce, or the American Legion.

Published by Idaho Statesman on May 9, 2021.
To plant trees in memory, please visit the Sympathy Store.
MEMORIAL EVENTS
May
10
Graveside service
1:00p.m.
Hilltop Memorial Cemetery
Nyssa, OR
Funeral services provided by:
Thomason Funeral Home
MAKE A DONATION
MEMORIES & CONDOLENCES
Sponsored by The Idaho Statesman.
0 Entries
Be the first to post a memory or condolences.