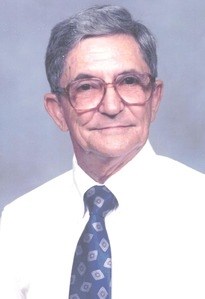 Together with his wife, Charles owned and operated Allied Finance Company in Kannapolis for over 30 years. Mr. Ballard worked at the company till he finally retired at age 87. Any one that had played either youth baseball or midget league football in the past probably played either for or against Mr. Ballard at one time or another. Ballard had a lot to be proud of, coaching literally thousands of youths and teaching them the basic fundamentals of baseball and football, which transferred over to life in general.

He had a love of animals, especially his beloved dogs, which he passed on to his children and grandchildren. He also had a passionate love of history and anytime you were at his home you can be sure you got a history lesson. He loved being with his family, especially his grandkids which he loved to pick and joke around with. They were his "Snuks" as he called them. Mr. Ballard recently lost his wife of 66 years which has been difficult in the past several months.

The family will receive friends from 1 to 2 p.m., Tuesday, Oct. 19, at Whitley's Funeral Home. The funeral service will follow and begin at 2 p.m., in the Chapel of Whitley's Funeral Home with the Rev. John Futterer officiating. Burial will immediately follow the service at Carolina Memorial Park.