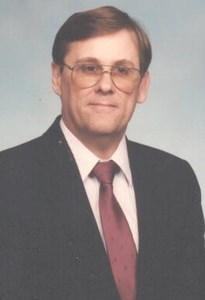 "Charlie" was born in Leakesville, Aug. 24, 1941, the eldest son of Charles Earl Irving Sr. and Marion Wilkins. He grew up in Charlotte around East 36th St.

He graduated from Central High School in 1959 and attended both Central Piedmont College and UNC Charlotte. He enlisted in the U.S. Air Force in October 1959. While in the Air Force, he served in Taiwan as a Morse interceptor operator. After an honorable discharge from the service, he began his 32-year career with the U.S. Postal Service serving in various management positions. His last two positions with the Postal Service were serving as postmaster in Kannapolis and then Summerville, S.C.

Charlie was an avid reader and loved to fish. He spent hours on his dock with a book in one hand and a pole in the other just enjoying the day. When he wasn't on the dock you would find him working diligently in the yard or watching old westerns in his "man cave." He never met a stranger and would strike up a conversation with someone and the next thing you know he was sharing a "cold one" with them. He cherished his neighbors and friends and loved spending time with them talking politics, watching races, and cheering on his favorite football teams.

He is survived by his wife of 30 years, Janet McElroy Irving. In addition he leaves behind his daughters, Sherrie Reed (Rick), Lisa Wallace (Jim), and Emily Overcash (Jason); and stepdaughters, Jamie Woodward and Susan Keller. He is also survived by his grandchildren, Charles Wallace, Elisabeth Fairfax, Alex Barnhardt, and Matthew Overcash. His grandson, Samuel Wallace, preceded his grandfather in death. Charlie also leaves behind his great-grandchildren, Anderson Wallace, Avery Fairfax, and Anna Fairfax. He will be sorely missed by his beloved dog, Festus (named in honor of his love of old westerns).

In addition to his parents, Charlie was preceded in death by his sister, Ginger Saxon (Lide). He is survived by his brother, Kenneth Irving of Concord; and two sisters, Marilyn Hartis of Charlotte and Margaret Haughton (Tommy) of Lake Wylie, S.C.

The family would like to thank Jennifer, Katherine, Mark, and James from Amedisys Hospice for their kind and loving care of Charlie during this journey.

A visitation will be held Saturday, Oct. 9, at Whitley's Funeral Chapel Annex, 1748 Dale Earnhardt Blvd. in Kannapolis beginning at 1 p.m. , with the service to follow at 2 p.m. The burial will follow immediately at Carolina Memorial Park.

In lieu of flowers, the family requests that donations be made to the Wounded Warriors Project, P.O. Box 758516, Topeka, KS 66675-8516 or online at support.woundedwarriorproject.org in Charlie's name.

Published by Concord & Kannapolis Independent Tribune on Oct. 6, 2021.
To plant trees in memory, please visit the Sympathy Store.
MEMORIAL EVENTS
Oct
9
Visitation
1:00p.m. - 2:00p.m.
Whitley's Funeral Home
1748 Dale Earnhardt Blvd, Kannapolis, NC
Oct
9
Service
2:00p.m.
Whitley's Funeral Home
1748 Dale Earnhardt Blvd, Kannapolis, NC
Oct
9
Burial
Carolina Memorial Park
NC
Funeral services provided by:
Whitley's Funeral Home
MAKE A DONATION
Please consider a donation as requested by the family.
MEMORIES & CONDOLENCES
Sponsored by Whitley's Funeral Home.
3 Entries
Charles Irving was our letter carrier in Hidden Valley in Charlotte,N.C.My daughter,Karen worked as a letter carrier fot Mr.Irving in Kannapolis.N.C. when he became the Postmaster.I have always enjoyed Charles because he was so pleasant to be around.Our deepest sympathy to Janet and all the family.
Charles Gayle
Work
October 21, 2021
Charlie was a wonderful boss and a great friend to me during my employment with the Kannapolis post office. My dad, Ed Grass, also a letter carrier in the Kannapolis PO, considered Charlie a good friend and admired his leadership. Charlie will be greatly missed. Praying for all the family, that God may give them peace knowing Charlie has made it home safely.
Maria Grass Carlton
Work
October 12, 2021
Central Class of 1959. Our condolences.
David Parlier & Lynne
School
October 7, 2021
Showing 1 - 3 of 3 results