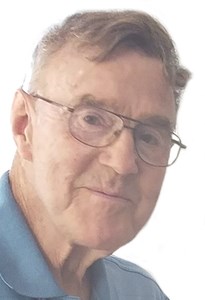 He was preceded in death by an infant son, John Thomas Neal; his parents, John Samuel Neal and Annie Belle Wike Neal Rogers; and his brother, Dr. Larry Kent Neal.

Born April 7, 1937, in Cabarrus County, Ellison grew up in Kannapolis along with his best friend, Bill Dunn, and graduated from A.L. Brown High School in 1955. An after-school job at Black's Drugs influenced him to pursue a B.S. degree in pharmacy. After graduating from UNC Chapel Hill in 1959, he began a career lasting over 40 years. After many years of working for Jesse Pike, his mentor, he acquired the Locust Drug Store when Mr. Pike retired. In Locust, he served his patrons and friends of that community in many capacities.

Ellison spent his retirement years enjoying watching sports with Mary Frances, bike riding, having lunch with siblings and spending time with his grandson, Connor, especially when Eva had to travel for work. An avid follower of investing, he loved discussing the stock market, and anything about Carolina. A quiet, thoughtful man, he earned the distinction of being the first within his extended family to graduate from college. This he obtained through hard work and dedication to his goals and the encouragement of his parents.

Ellison pledged and joined Kappa Psi Pharmacy fraternity at Carolina, and when he was starting his career, he was a member of the Kannapolis Jaycees of North Carolina and was honored to become a life member. During his retirement, he obtained used bicycles, repaired them and gave them away or sold them. Most of all, he enjoyed riding them with his good friend, Bill Wiley. Ellison devised a formula as to how fast he would have to ride and how long on his stationary bike (during inclement weather) to equal the miles of the circumference of the earth, and he obtained his goal of riding around the world.

Eva and Ellison were best buddies from the start. When Eva was in her preteens, they especially enjoyed going to Charlotte to see pro wrestling. When Eva was in plays, he always helped her learn her lines and was patient enough to help her with homework.

Ellison was never bored, because he was interested in so many things — maybe that's why his favorite song was "What a Wonderful World."

The family will receive friends from 12 to 1 p.m., Thursday, June 17, at Whitley's Funeral Home. Services to remember and celebrate the life of Mr. Neal will begin at 1 p.m. in the funeral home chapel, conducted by the Rev. Dr. Carl Manuel Jr., Minister, Midway United Methodist Church. Burial will follow the services at Carolina Memorial Park.