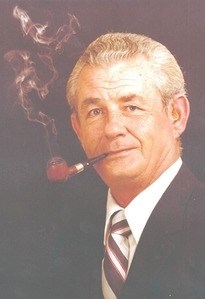 Dewey James Honbarrier, 88, of Kannapolis, went to be with the Lord Wednesday, Oct. 13, 2021, at Alston Brook in Lexington.

Dewey loved the Lord, loved life and his family. He enjoyed cutting trees and giving to those in need. He loved eating at Bojangles with his wife and will be remembered for giving quarters to all the children. He was an avid fisherman and loved going to yard sales with his late wife. He enjoyed singing "Old Big Cow" to all his grandchildren. Dewey always enjoyed Christmas and was known for wearing his Santa attire.

The funeral services will be held at 3 p.m., Sunday, Oct. 17, at Charity Baptist Church, conducted by the Revs. Beaver Hammond and Gene Beaver. The family will receive friends at the church from 1:30 p.m. until the time of the service. At other times, they will be at their respective residences. Interment will follow in Carolina Memorial Park with military graveside rites conducted by the U.S. Navy.