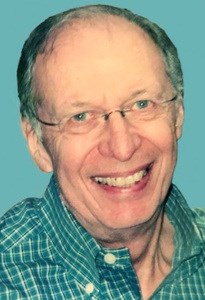 If our Dad, rather than his children, was writing about his life, he would say it was wonderful and full. Ellis had a view of what is important in life that was simple and easy to understand. He loved his family, he believed in hard work, cherished the business he built and was always in search of the next great corned beef sandwich.

Ellis was born in Baltimore, and lived there with his parents, Morris and Ann; and younger brother, Gary, until they moved to Gastonia, where his father went into a partnership to open Morris Jewelers on the main corner of downtown Gastonia. Ellis grew up in Gastonia and was a proud Eagle Scout. Dad went to U.N.C. Chapel Hill, where he made life-long friends at the TEP house. During that time, he courted Mary Ann Cohen, also from Gastonia, whom he married when Mom was 18 and Dad was 22. After Chapel Hill, Dad served in the U.S. Army, during the Korean War.

Ellis and Mary Ann made Charlotte their home after the Army. Following lessons learned from father, Morris, he opened Ellis Jewelers in July of 1953, in downtown Concord. The business took time to build, but it became a great success. The store is thriving to this day, now owned by son, Dan. Dad loved the store; he was excited to go to work every day. He made wonderful friendships in Concord and gained the respect of devoted customers who still speak about his kindness. Ellis was a leader in Concord's Downtown Merchants Association. He worked hard to maintain the vitality of downtown Concord. There are generations of families that buy jewelry at the store because of their trust in Ellis, and now Dan. Ellis was also a co-founder and leader of the Southeastern Jewelers Association, a buying group that enabled independent jewelers throughout the Carolinas to compete with the big chains.

Ellis had a wonderful marriage to Mary Ann, until her death in 1997. They loved and were proud of their daughter, Lynne Sheffer, married to Morey (and grandson, David married to Julie, and great-grandsons, Abe, Miles and Dean); their son, Hal married to Holly (and grandson, Adam); and son, Dan married to Stacy (and grandchildren, Jacob and Samantha). Ellis and Mary Ann were supportive parents, intent on giving us a clear set of values and a strong sense of independence. Our parents were fair but strict. Our friends complained about their early curfews because their parents would tell them "that's what the Levinsons are doing". Ellis is also survived by his loving but irreverent brother, Gary and wife, Janie.

In the last 20 years, Ellis became a gym regular, first at the Central Y.M.C.A. and later at the Levine J.C.C. He made many gym friends, whom looked forward to his constant smile and his bright yellow workout shoes. Ellis was also a life-long member of Temple Israel.

Ellis' family is grateful for the special care Camille Chaplin and her wonderful team gave Ellis in the last couple of years, as well as for the nurses, staff and doctors at Aldersgate's Asbury Center and Atrium's Carolinas Medical Center during the last few weeks.

Due to COVID-19 restrictions, a private family service will be held at The Hebrew Cemetery.

To plant trees in memory, please visit our Sympathy Store.
Published by Concord & Kannapolis Independent Tribune on Nov. 22, 2020.
MEMORIAL EVENTS
No memorial events are currently scheduled.
To offer your sympathy during this difficult time, you can now have memorial trees planted in a National Forest in memory of your loved one.
Funeral services provided by:
Harry & Bryant Funeral Home
GUEST BOOK
4 Entries
Dear Dan and family, Ellis was a pillar in our downtown community. I never met a man who was so genuine and cordial. I enjoyed my time serving with him on the Concord down town development committee. Ellis jewelers is a place that provides a cornerstone of love and happiness. My condolences to you and your loved ones. Shalom
Laine Harling
November 25, 2020
Dan, So sorry to hear of your Dad´s passing. He lived a good long life and leaves a true legacy. I have fond memories of working with him for a short time. Over the years, I loved coming in to speak with him and see his big smile. Cherish your memories and continue his legacy. Prayers! Tamera
Tamera Benton
November 23, 2020
Gary and Morey,
I am sorry to hear of your loss. From his obit, I am sorry that I was not able to know him. If he was anything like you two, he was a very fine man. My condolences to you and your families. John Wentz
John Wentz
November 23, 2020
He was an easy going man and always had that genuine smile on his face every time. May his soul rest in peace and may God console all that he left behind. Amen.
Princess Nwafor
November 22, 2020