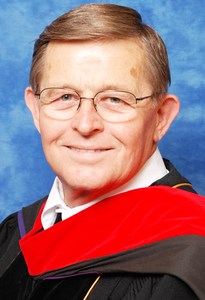 The Rev. Dr. Gary R. Price Sr. left his life and entered eternal life in Heaven Sunday, May 30, 2021. He was a devoted husband and loving father, grandfather, and great-grandfather. He passed with his wife, Barbara "Jean" Price, by his side as she had been for their 51 years of marriage.

He was preceded in death by his father, Roy Price; and mother, Margaret Pender Price Brooks.

Gary lived a life of service and devotion to others. Born Sept. 26, 1945, in Mooresville, he served in the U.S. Navy in 1969, in Gulfport, Miss., and returned to North Carolina where he spent the rest of his life.

He was the founding pastor of several churches and pastored churches in Davidson, Rowan and Cabarrus Counties, most recently serving for 20 years as the pastor of Word of Faith Worship Center in Concord, North Carolina until his retirement in 2014.

As a pastor his service was not limited by time or geography as he counseled and comforted families through personal and spiritual challenges and celebrated the happiest of occasions including officiating at weddings, dedication, and baptisms of countless people, including the weddings of his three sons and two grandsons.

He cherished the friendships he developed among other clergy and church members. He was happiest when he was surrounded by his family, especially his grandchildren, as he was in the days leading to his passing. When his body allowed, he was known for enjoying a round of golf.

He experienced many miracles to outlive and overcome many challenges after first being diagnosed with brain cancer 15 years ago. He will continue on in the hearts and spirit of his family and the many lives he touched during his 75 years of life.

Funeral services to celebrate his life will be held at 4 p.m., Thursday, June 3, at Whitley's Funeral Home Chapel conducted by the Rev. Dr. Jim Howard. The family will receive friends from 2:30 to 4:00 p.m., at the funeral home, prior to the service. At other times they will be at the residence. Interment will follow in Carolina Memorial Park with military graveside rites.

In lieu of flowers, the family asks that you make a donation to a church or ministry of your choice; or to Hospice and Palliative Care of Cabarrus County, 5003 Hospice Lane, Kannapolis, NC 28081.