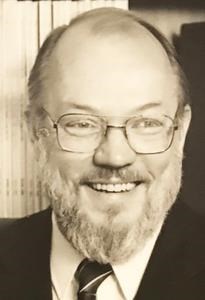 As often happens with long-married partners, the death of one is followed shortly thereafter by the other. George Alfred Engstrom passed away Wednesday, April 28, 2021, almost four months to the day that his beloved wife of almost 60 years, Linda, passed away, Dec. 23, 2020.

George was born in St Petersburg Fla., a first-generation native born American, to Alfred Caleb Lauren Engstrom and Florence Nelson Engstrom, who had emigrated as children from Sweden. He graduated from St. Petersburg High School in 1952, and, though his high school counselor told him to skip college and save the taxpayer's money, he attended the University of Florida where he graduated in three years. Then he attended Duke Medical School graduating in 1959.

It was during his Pediatric Residency at Duke that he met the love of his life, a lovely nurse named Linda Jane Lusk. They married three months later. After he completed his residency, the young couple and their infant daughter made their way to Maryville, Calif., where George served at Beale Air Force Base for two years.

After the Air Force, George, Linda, and their now two daughters moved to Concord to join the Cabarrus Pediatric Clinic in private practice with his two long-time partners, Drs. David Lockhart and Linny Baker. George served the Concord community in this practice for over 30 years. Caring for children was his passion and even after "retirement", he continued to work part-time as needed and served as medical director of Stonewall Jackson Training school until 2015, when he finally and actually retired.

George was an emeritus fellow in the American Academy of Pediatrics and was an active member of the North Carolina Pediatric Society. With the North Carolina Pediatric Society he served on the Executive Committee, chaired the Task Force on Development and was on the Board of Directors for the society's foundation. He was active in the Cabarrus County Medical Society and enjoyed the local affiliation with Duke Medical Center which allowed his practice to engage in work that to improve the medical care of children.

When in private practice, George was known to run late with his patients because he enjoyed getting to know his patients and their families. Knowing them so well, it was not a rare occasion when at the county fair or the Boy's Club Pancake Day, he would shake a patient's hand and tell them how proud he was of their accomplishments provide words of encouragement for their futures.

Having served as pediatrician to multiple generations of families in Concord it was inevitable that George would be recognized and showered with well wishes on any local errand. His family used to joke he was the unofficial greeter at Harris Teeter where he would be found "holding court" several times a week - mostly in the ice cream aisle.

For acts of community service and fellowship, he worked with and volunteered for many groups including the Cabarrus Art Guild, Historic Cabarrus, Master Gardeners, The Cabarrus County Free Clinic, and Hospice and Palliative Care of Cabarrus County. He served for 19 years at Hospice as a volunteer medical director and board member (positions he took after Hospice cared for his father until his death in 1987).

George was a long-time member of First Baptist Church in Concord where he participated in robust Biblical discussions with his Sunday school classmates, whom he loved. For many years, there was not a Sunday where "Ole' Doc George" did not take his place in the balcony of the sanctuary of the church. He cherished his faith and his love of God.

His gifts were many and varied but two that come to mind most are his wit and wisdom. He often wrote humorous articles for journals and letters to miscellaneous editors. When asked to donate to the Northeast Medical Center Foundation he did – in memory of Cannon Memorial Hospital. Once George was asked to provide a short biography of his service in the U.S. Air Force, and he said thus: "Provided valiant service during the Cuban Missile Crisis at the base hospital in the lead-lined X-ray room with the only other physician in the hospital, the Obstetrician. All the real doctors were in the bombers or the missile silos."

That wit and wisdom were also on full display when November rolled around, and he would start his annual Christmas card letter. He would imbue these with self-deprecating humor and joy. George also was on the receiving end of exchanges with cards from patients, colleagues, and long-time friends. The most poignant cards came from families whose children had passed away and wanted to thank Dad for his devotion and care.

In his last days, we were reminded of George's dedication to his patients by several of his care providers. A member of the staff of the Gardens of Taylor Glen shared her story of being born prematurely, was not breathing and had no heartbeat. She was resuscitated and since there were no Neonatal Intensive Care Units, was kept alive by close watch. George and his partner, Dr. Lockhart, took turns staying nights with her in the hospital until she was strong enough to go home.

He loved his community and the people within it and any opportunity for service made him happy.

In addition to his parents and wife, George was preceded in death by his daughter, Clarissa "Gooey" Engstrom; and his beloved cat, Mr. Lucas.

We are thankful for the loving care received from Atrium Northeast hospital and Cabarrus Hospice and Palliative Care during Dad's last days.

In lieu of flowers, please consider a donation to Hospice; or First Baptist Church in his name.

We will be holding a combined memorial celebration of life service for both George and Linda Friday, June 11, at 1:30 p.m., at First Baptist Church of Concord. 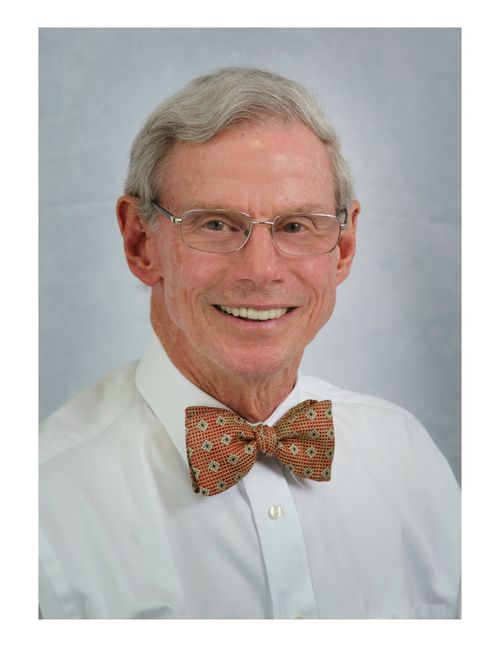 What a great personality and doctor. I enjoyed working with him in the North Carolina pediatric Society for many years. I will miss his humor. Dr Harry Smith. Charlotte
Henry L. Smith II. MD
Friend
June 14, 2021
My sympathy on the loss of Dr. Engstrom. It was a privilege to work for/ with him so many years. He was not only a wonderful physician, teacher and friend. I loved his stories and his Christmas letters were delightful! My prayers are with all the family. Linda Barnhardt
Linda Barnhardt
Coworker
June 10, 2021
I´m so sorry for your loss. Dr Engstrom was a great doctor to my children when they were little.
Taylor Family
Other
June 10, 2021
Dr Engstrom was my pediatrician as a child in the 60s-70s & was my children´s pediatrician in the 80s-90s! He was an amazing man as well as an amazing doctor. He leaves a behind wonderful legacy!
Lori Rodgers
June 9, 2021
As new parents to the area in 1996, your dad was such an excellent find for us as our daughters pediatrician. At 3 years old she had a staph infection in her ear and we have proclaimed since 1999 that he saved her life. We truly loved Dr. Engstrom. Our prayers are with your family.
Crisp Family
June 9, 2021
He was most certainly a delight I always loved being in his company my condolences to his family
Portia jackson
Friend
June 9, 2021
He was a great doctor. He was one of the doctors of Cabarrus Pediatric that took care of my child in the 1980's and 1990's. I am almost sure that he may have even took care of me in the 1960's or 1970's.
Elizabeth W Chewning
Other
June 8, 2021
DR ENGSTROM WAS A GREAT DR. HE CARED FOR ALL 5 OF MY CHILDREN ALING WITH DR BAKER, DR LOCKHART, AND DR OBRIAN. I WILL SAY A PRAYER FOR YOUR LOSS AND KNOW THAT YOUR FATHER WAS A GOOD MAN AND DR. HE WILL BE MISSED BY MANY. GOD BLESS U ALL.
Sable Simmons
June 8, 2021
In loving memory of a wonderful person. He was a very caring physician. He was in the delivery room when I had my son. Dr. Engstrom stayed and checked on him frequently. He always had a smile and a friendly remark when we met. My son & daughter loved him.
Anne Hege Wilson
Other
June 7, 2021
To all the family of Dr. Engstrom. Love and prayers to each of you. He was the doctor of choice for our children's medical visits. He was a special person.
Lenora Louise Gardner
Friend
June 6, 2021
Showing 1 - 10 of 10 results