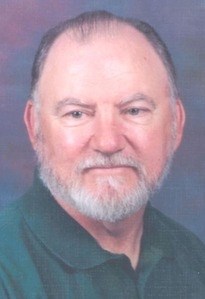 Born in Monroe, he grew up in Monroe and Charlotte. He moved to Midland in 1988, with his wife, Dianna and family. George was best known for his love of baseball, a lifelong Atlanta Braves fan. He was on the sidelines cheering for Stefanie, GeoAnna and George Jr. in their adult softball league at every chance. He also loved taking his car, the Black Panther, a Chevelle he purchased in 1966 to cruise-ins. He fully restored the car in recent years. George enjoyed golf, pool and watching football.

George was preceded in death by his parents, Virgil Everette and Catherine Elva Smith; as well as his brother, Nicky.

George worked at Lakeside Motel, a Smith family owned business, for many years. He later majored in industrial maintenance and carpentry from RCCC. He also graduated from CPCC, majoring in machinist and computer operations. He worked at Fieldcrest Cannon in Kannapolis as a maintenance planner and with Robert E. Mason & Associates in Charlotte as a panel technician.

The family is beyond grateful for the loving and compassionate care provided at Tucker Hospice House in Kannapolis.

Fond memories and expressions of sympathy may be shared at www.mcewenminthillchapel.com for the Smith family.