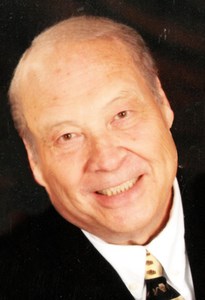 A private family memorial service will be held at a later time.

Mr. Morgan was born Jan. 7, 1948, in Cabarrus County. He was a son of the late Fred Alan Morgan and Elizabeth Honeycutt Morgan Hillman. He was a member of Charity Baptist Church where he was active in all phases of the church. He loved his entire family, especially his grandchildren. Jack enjoyed hunting and fishing. He also loved the beach and the mountains. Jack retired as a health care administrator for 32 years at the former First Assembly Living Center.

In addition to his parents, he was preceded in death by sister, Dianne Pittmon; and two brothers, Bud Rogers and Leo Morgan.

Memorials may be sent to Charity Baptist Church, 2420 Brantley Rd., Kannapolis, NC 28083.
Published by Concord & Kannapolis Independent Tribune on Oct. 6, 2021.
To plant trees in memory, please visit the Sympathy Store.
MEMORIAL EVENTS
To offer your sympathy during this difficult time, you can now have memorial trees planted in a National Forest in memory of your loved one.
Funeral services provided by:
Lady's Funeral Home
MAKE A DONATION
MEMORIES & CONDOLENCES
Sponsored by Lady's Funeral Home.
1 Entry
So sorry for your loss. Our prayers go out to you and your family.
Renee Webb
October 8, 2021
Showing 1 - 1 of 1 results