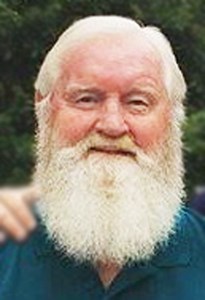 Howard, as he was known to many, along with "Snowball", "Pee Wee" and "Whitey", was a 1966 graduate of Concord High School, and was Co-captain of the football team in 1965. He was a true "Concord Spider", who supported the team over many years. He was also a middle school football coach and was involved in coaching at the Boys and Girls Club, as well as the Hartsell Athletic program. He touched the lives of a lot of children during this time. After retiring from Sears, he worked for the Cabarrus County schools as a bus driver. Howard was truly a wonderful husband, father, grandfather, brother and friend who will be dearly missed beyond measure. He was an all-around good guy, who lived life to the fullest.

A service to celebrate the life of Howard "Snowball" Rhodes will be held at a later date and will be announced by Wilkinson Funeral Home. Continue to keep his family in your prayers during this difficult time.

www.wilkinsonfuneralhome.com
To plant trees in memory, please visit our Sympathy Store.
Published by Concord & Kannapolis Independent Tribune on Nov. 22, 2020.
MEMORIAL EVENTS
No memorial events are currently scheduled.
To offer your sympathy during this difficult time, you can now have memorial trees planted in a National Forest in memory of your loved one.
Funeral services provided by:
Wilkinson Funeral Home
GUEST BOOK
3 Entries
So sorry to hear of Snowball's passing. I remember Howard as a good and solid friend, growing up and playing on his "Wildcats" Basketball Team at The Boys Club. The last time we talked he was still at Sears. I am blessed to have known Howard as a friend. Ken Hatley
Ken Hatley
November 25, 2020
I was so saddened to hear this news Friday evening from a fellow bus driver. I know he is smiling down on us because he is no longer suffering. God has a plan for all of our lives and I know he is in control. I pray for comfort during this time for his wife and family. He will be missed, he had a smile for all the children he carried to and from school. I always loved hearing the kids call him Santa Clause, they were mesmerized some days. A beautiful soul gone too early...Rest in Peace my friend and fellow coworker.
Kim Goode
November 24, 2020
Linda and Family, so sorry for your loss. May your many memories help to ease your loss and comfort you now. Those Spiders teammates are probably reliving those football stories too.
Jo Anne Fisher
November 22, 2020