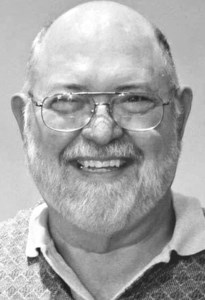 He was a graduate of W.R. Odell High School and North Carolina State University. He was a 20-year Air Force veteran retiring in 1984. He had a second career as facilities manager at Hillsborough County Aviation Authority from 1988 to 1999. He was a member of First Reformed Church, and served in many capacities, the latest being a Sunday school facilitator for an adult Sunday school class. He loved computers and had an insatiable desire to learn new things. What he didn't know, he spent hours watching videos on the computer to learn. He was a man of many talents, and could repair almost anything. He loved his grandchildren and enjoyed many hours of helping them with various school projects. After he retired, he and his wife enjoyed traveling and had special memories of trips to Athens, Greece and Ephesus, Turkey, where they walked ancient streets and thought of the writings of Paul. They also enjoyed a trip to St. Petersburg, Russia, where they toured the Hermitage.

Ray had a great love for his family and will be sorely missed by his wife of 57 years, Christine; his daughters, Nancy Masut and Susan Vanpelt; grandchildren, Taylor, Matthew and Amanda Masut and Samantha Ansotigue (Jesse); his brothers, Max (Fran), Frank (Debby) and Harry (Sharon); his nieces and nephews; and many cousins.

A memorial service will be held Sunday, Oct. 17, at 1 p.m., at First Reformed Church, 8283 West Hillsborough Ave. in Tampa, Fla. Burial will be held at a later date at the Florida National Cemetery in Bushnell, Fla.

In lieu of flowers, the family requests memorials to First Reformed Church as a memoriam.