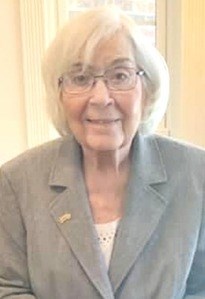 Judith loved the Lord and witnessed all the time and was a member of Hopewell Baptist Church. She also volunteered on the Novant Presbyterian Auxillary and played piano in the hospital lobby. The most important things to Judith were sharing her faith and her love for her family.

Memorials may be made to the Hopewell Baptist Church Building Fund or Hospice of Cabarrus County.

www.hartsellfh.com
Published by Concord & Kannapolis Independent Tribune on Oct. 3, 2021.
To plant trees in memory, please visit the Sympathy Store.
MEMORIAL EVENTS
Oct
16
Memorial service
11:30a.m.
Hopewell Baptist Church Legacy Campus
Funeral services provided by:
Hartsell Funeral Home - Midland
MAKE A DONATION
MEMORIES & CONDOLENCES
Sponsored by Hartsell Funeral Home - Midland.
2 Entries
I am so sad to hear of Judy´s passing. She was a dear friend and we shared lots together about Jesus. I know she loved him dearly and was a great witness for our Lord and Savoir. I have missed her for over a year and did not know of her where she was living. My prayers to all the family..
Peggy Phipps
Friend
October 6, 2021
So sorry to hear about Judy passing. She was a dear friend and have not been able to locate her for over a year, did not know she was still living in Midland or I would have gone to visit her. Please if you can, Jamie call me and give me more information. My #980-333-2655, my prayers are with you and all the family.
Peggy Phipps
Friend
October 6, 2021
Showing 1 - 2 of 2 results