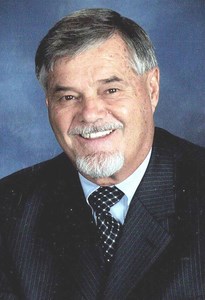 Larry James Hinson, 76, peacefully passed away Saturday, Oct. 2, 2021, with his wife and daughter by his side.

Larry was born Friday, April 6, 1945, to the late Junior and Helen Yow Hinson. Larry married the love of his life, Brenda Love Hinson in 1965.

The memorial service will be held Thursday, Oct. 7, at 2 p.m., at Canton Baptist Church in Albemarle, officiated by Dr. Stanley Spence and Dr. Mark Mabry. The family will receive friends in the sanctuary after the service.

Larry retired as Sergeant from Cabarrus County Sheriff's Department after 30 years of service. After retirement, Larry was a member of Cabarrus Law Enforcement Association and North Carolina Retired Peace Officers Association where he served in all the leadership positions. Larry served on the Monarch Board of Directors for 18 years and never missed an opportunity to advocate on behalf people with disabilities; traveling to Washington, D.C., many times telling his story of having a grandson and the need for more funds to help those with disabilities.

Larry had a servant heart in all he did. If he told you that he would pray for you, your name was written in his prayer journal and lifted each morning during his devotions. He was an active member of Canton Baptist Church, serving as Deacon and on numerous committees.

Those left to cherish his memory are his wife, Brenda; daughter, Jeanette and husband, Jeff Wilhelm, of Albemarle; his three brothers, Gary (Faye) Hinson, Ronnie (Regina) Hinson, and Darrell (Babs) Hinson all of Concord; and his beloved grandchildren, Matthew Wilhelm of Albemarle and Paige Wilhelm of Charlotte.

Those who wish to honor Larry's memory with memorials may send donations to Monarch 350 Pee Dee Ave., Suite 101, Albemarle, NC 28001.