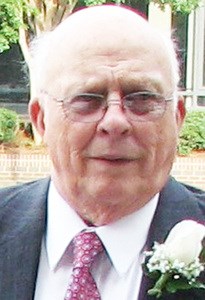 A graveside service is scheduled for 1 p.m., Tuesday, Dec. 29, at Carolina Memorial Park. The Rev. Mark M. Vickers of New Hope United Methodist Church will officiate. Military honors will be provided at the graveside.

Mr. Earnhardt was born Nov. 7, 1925, in Kannapolis. He was a son of the late Lee Weddington Earnhardt Sr. and Mary Marks Barnhardt Earnhardt. He was a loving husband, father, and grandfather. He served in World War II from 1944 to 1946, as a Marine, participated in combat action at Iwo Jima and received a purple heart. He was an avid fisherman and enjoyed the beach. In July 1965, Lee caught a King Mackerel that was judged largest of its class for the month by the Southeastern North Carolina Beach Association. He worked at H. E. Hall Furniture Company and Gem Vending/Servomation. He lived in Kannapolis until early retirement, when he was able to move to Wrightsville Beach and Wilmington, where he enjoyed a very happy retirement. He attended Mount Olivet United Methodist Church and after marriage in 1947, he became a member of Trinity Reformed United Church of Christ.

In lieu of flowers, memorials may be sent to New Hope United Methodist Church, P.O. Box 110, Bethania, NC 27010, where Lee's son, Bob, is an active member.