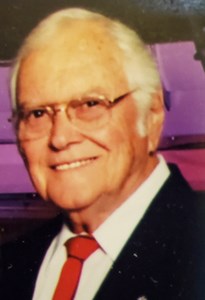 Mr. Lee "Oscar" Stackleather, 91 of Richfield, passed away Thursday, Sept. 30, 2021, at Glenn A. Kiser Hospice House in Salisbury, after a brief illness.

Born March 10, 1930, in Rowan County, Oscar was the son of the late Solon J. Stackleather and Minnie Pennell Stackleather. In addition to his parents, he was also preceded in death by his son, Steven Stackleather; stepson, Jack Gilmore; along with his sister, Betty O'Kelley Bresett.

Oscar was a member of Wyatt's Grove Baptist Church where over the years he served in many capacities.

After his school years, Oscar went on to proudly serve his country in the U.S. Army, serving two tours in Vietnam. He was a decorated for his service, earning the Bronze Star, eight Campaign Ribbons and an Air Medal. He served the infantry and army aviation units and was also a Green Beret in the Special Forces. After his service and completing his bachelor's degree, he spent his career as an electrician in the nuclear power arena. He enjoyed working in the power plant and really didn't want to retire. Oscar was also a Mason.

After retiring, he spent his leisure time playing golf and going fishing. His greatest pleasure came from riding his motorcycle, something he continued until this past year when he passed his motorcycle to his son, David reluctantly. He was a family man who always took his life seriously and loved his family dearly. In later years, he learned to relax a bit and "mellow out" and enjoy life to its fullest.

Visitation for Oscar will be held Friday, Oct. 8, from 1 to 2 p.m., at Linn-Honeycutt Funeral Home in China Grove. Funeral services in the Chapel will immediately follow at 2 p.m., officiated by Pastor David Jones. Burial with full military honors will take place at West Lawn Memorial Park in China Grove at 3 p.m.